Wyoming’s strong, predictable, consistent winds are a world-class resource. Ranchers and farmers have harnessed the wind to pump water since Wyoming was first settled, and small-scale commercial wind projects started in the 1970s. In the mid-2000s, as wind development was escalating nationwide, Wyoming started attracting industrial-scale generation projects and new interest in building the huge transmission lines needed to march power to California and the Southwest. 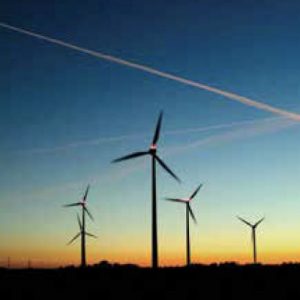 As project developers blew into Wyoming, the legislature began viewing wind as a potential source of tax revenue. Wyoming does not have a corporate income tax so the only tax revenue available from existing statutes was property taxes on the towers and turbines. At the time Wyoming exempted renewable energy equipment purchases from sales tax.

In 2009, perceiving no need to incentivize wind when there was so much development pressure, the legislature cancelled the sales tax exemption except for projects already underway. Also in 2009, the legislature began evaluating additional ways to tax wind. The state embraced a generation tax, the first and only such tax on wind energy in the nation, which imposes an annual levy of $1 per megawatt hour. The legislature adopted the generation tax in 2010, and it has since brought in about $4 million per year, 60 percent of which goes to the counties where the turbines are located and 40 percent to the state general fund.

By the end of 2010, Wyoming’s wind energy boom busted. No new large projects have come online in the state since. The reasons for the bust were many, including uncertainty over federal tax policy, but wind developers also perceived Wyoming as unfriendly to their industry. This perception arose from not just the generation tax, but also statewide sage grouse management policies that disrupted wind projects and other indications that Wyoming citizens and political officials were ambivalent about wind energy. Wind farms continued to be developed in states, such as New Mexico, with more favorable tax and regulatory policies.

As such massive projects have gained momentum, the state legislature, faced with declining revenue from the collapsing fossil fuel energy industry, again sought to bring in additional money from wind. The Joint Interim Revenue Committee made two proposals: increase the generation tax from $1 per megawatt hour to $3, and make developers transfer a portion of their production tax credit (a federal incentive for wind projects) to Wyoming.

Wind developers and local governments raised a storm of protest. The issues came to a head at a September 2016 meeting in Buffalo, Wyoming, where the committee heard hours of testimony opposing the changes. Not a single person testified in favor of increasing the generation tax. Faced with that onslaught, the committee voted against both proposals. Individual legislators may bring back the generation tax increase proposal in the 2017 legislative session. However, given the strong opposition from developers and the public, and the Governor’s resistance to the proposed tax, it is not likely to be successful.

Lawrence Wolfe is an attorney with Holland & Hart specializing in conventional and renewable energy and natural resources law.

The Most Complicated Machine Ever Built