The Most Complicated Machine Ever Built

How to modernize the power grid

Renewable energy is on the rise in the western United States, and the world. That trend needs to continue if we’re to meet the emissions reduction targets that most climate scientists deem necessary for staving off catastrophic climate change. But according to Carl Zichella, who directs the Natural Resource Defense Council’s work on western energy transmission, we can’t get there with the outdated grid we have now. 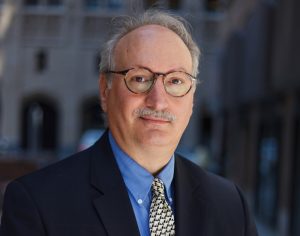 Today, the energy grid in the western United States is run by 38 different entities called “balancing area authorities,” many of which are operated by a single utility. It’s hard for these disjointed segments of the grid to share renewable energy. A single west-wide system would be more reliable and make better use of renewable energy, helping reduce greenhouse gas emissions. According to Zichella, who has been working on grid policy since 2008, the West already has a model for this more modern, unified grid. It’s the California Independent System Operator (CAISO), a third-party, federally regulated, nonprofit organization that coordinates the many electricity producers and utilities in California’s energy system. Zichella and others have been working on policies that would expand the CAISO model throughout the West, creating a grid with more capacity for renewable resources.

Western Confluence spoke with Zichella about his ideas for updating the grid to keep pace with the West’s changing energy landscape.

Western Confluence: How does the energy grid in the western US work today?

Carl Zichella: The grid is the most complicated machine we’ve ever built. It’s gigantic, it is complex, and to get the most efficient use out of the system we have to use it in the most coordinated way that we can.

In the West today our grid is broken up into all these small, little areas that really use the system pretty wastefully and require us to build duplicative resources like power plants we may not need. That’s because each of those 38 areas is responsible for balancing demand and generation within their footprints.

CZ: Renewable resources are variable resources that don’t always operate 24/7. But in a big footprint across the western US, the wind is always blowing someplace. So [with a better integrated grid, one managed by a large independent system operator] we could take solar power from California and send it to Oregon… We could take the wind energy from Wyoming and use it to operate any hours that wind power in Oregon’s Columbia Gorge isn’t operating, for example.

We would have the ability to use renewable energy resources just as reliably as we would a gas or coal plant, as long as we could use them over a big footprint. But we can’t do that in the West today because our grid is broken up into all these small, little areas. So it’s very wasteful.

WC: What is the path for turning those 38 entities into one operating system overseeing the western grid?

CZ: So we already have this nucleus around which we can build the grid of the future in the west.

The utilities will form a regional market, where they’re using the most efficient resources first and using the least efficient and most polluting resources less and less. You can take advantage of the resources that are operating in any part of the system to support the rest of the grid. That’s not possible in a system that’s highly Balkanized and fragmented into these many different pieces.

WC: Are there concerns about changing the grid system?

CZ: Yeah, I think whenever you make a major change like this there’s a lot of resistance. Some states have built up their economies around mining and burning coal. It’s a very tough decision for Wyoming, for example, that has 70 percent of its state revenues coming from levies on extractive industries. When those industries begin to vanish, well of course there’s going to be some resistance.

So we have to help every participant in the western electrical system and economy be able to recognize and realize benefits from the change. And we can do that. But there’s going to be some pain. You’re losing thousands of coal mining jobs, for example, that’s not an easy thing to replace.

WC: What can people do if they want to see a more coordinated grid?

CZ: They can make clear to their state representatives and their utilities that they want clean energy, that they want a more efficient grid, that they want to stop wasting resources and money on a system that is quickly becoming outdated, that we need to modernize the way that we build, plan and operate the system.

The decisions people make about how they use energy and what kind of energy they use are very critical to this. That can help us make the transition more cost effective too, whether it’s by putting solar panels on their house, or insisting that the utilities invest in renewable energy.

WC: What’s at stake if we continue to use the current grid system?

CZ: Well, what’s at stake is we don’t meet the goal of an 80 percent reduction in greenhouse house gas emissions worldwide by 2050, which is what the Natural Resources Defense Council and other groups, including the Intergovernmental Panel on Climate Change are calling for. And if we don’t meet those goals then we have a very grim prospect ahead of us. We’re already seeing climate impacts across the western United States like the extended droughts that we’ve been seeing in the southwestern US and in California, the unusual weather events that we’ve encountered across the western United States. That has implications for fish, for wildlife, for cities, for agriculture, for every single thing that we touch in our lives.

Sarah Jane Keller is a freelance science and environmental journalist based in Bozeman, Montana. Find more of her work at sjanekeller.com.