Why We Have Federal Land

The citizens and leaders behind our public land heritage

On June 30, 1864, the US Senate approved a grant of federal land to the state of California, a tract in the Sierra Nevada at the headwaters of the Merced River “known as the Yo-semite valley…with the stipulation…that the premises shall be held for public use, resort, and recreation…for all time.” 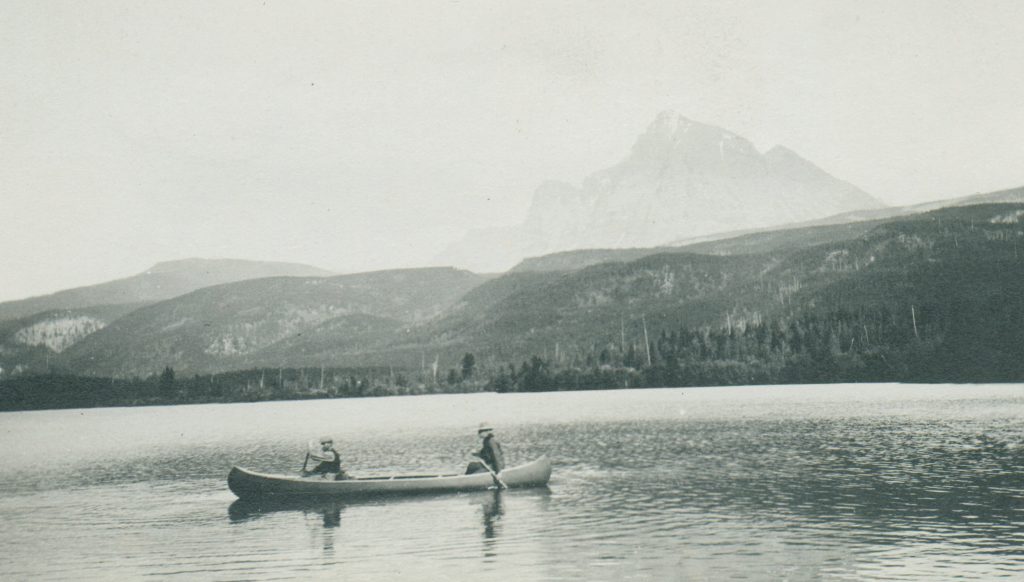 Up until that summer day, the federal government had been committed to the idea that all the land it obtained, either by conquest, treaty, or purchase, was to be broken up and conveyed to individual owners. The Yosemite grant was the first tangible expression of a different philosophy of public land management—the idea that the people of America might want to hold onto some federally owned land for their collective use and enjoyment.

The idea began to emerge in the American consciousness a generation or more before Yosemite was created. As early as 1833, the artist George Catlin traveled to the Mandan villages in what is now North Dakota, where he saw the great herds of bison and the societies they supported on the way to extinction. It was Catlin who first made the proposal: “…a magnificent park, where the world could see for ages to come, the native Indian in his classic attire, galloping his wild horse, with sinewy bow, and shield and lance, amid the fleeting herds of elks and buffaloes.”

Nearly forty years after Catlin broached his grand idea and eight years after Yosemite became a park, a coalition of local boosters and railroad interests petitioned Congress for another reservation on federal land. This one was much larger than Yosemite—more than 3,000 square miles—and, since there were no states in the region, it was to be managed by the federal government. President Ulysses S. Grant signed the bill to create the park on March 1, 1872. Yellowstone National Park—“for the benefit and enjoyment of the people”—was the first of its kind in the world, a new idea invented by a new nation.

As isolated as it was, Yellowstone began drawing tourists as soon as it was established. Three hundred came in 1872, and in 1890, nearly 8,000 made the trek. The park was often front-page news as the eastern public followed the controversies over the management of its wildlife and natural features and adequate oversight and enforcement were established.

While the concept of the national park as a pristine reserve for public recreation was evolving, the country began to consider other models for protecting federal lands as well. In 1873, Franklin Hough, a New York doctor with a deep interest in the emerging science of forestry, took the podium at the annual meeting of the American Association for the Advancement of Science. In his address, “On the Duty of Governments in the Preservation of Forests,” Hough cataloged the problems that overharvest of timber can cause and discussed the national forest systems in several European countries. He offered several suggestions for the improvement of forest management in the United States, the first being “withholding from sale such wild and broken lands…so as to preserve the tract as a forest.”

In 1874, Secretary of the Interior Columbus Delano expressed his concern over “the rapid destruction of timber” on public lands and insisted that, unless some sort of legislative protection was adopted, all the trees of any value would be gone.

The views of men like Hough and Delano reflected a growing public dismay over the unsustainable removal of timber and other resources from federal lands. In 1891, this concern led to the establishment of the federal Division of Forestry, forerunner of the US Forest Service. While the new division demonstrated Congressional interest in sustainable use of the public’s land, it had no authority to curb abuses on federal holdings. Its primary focus was selling the importance of proper management of the nation’s forests.

Also in 1891, President Benjamin Harrison created the Yellowstone National Park Timberland Reserve, a 1.25-million-acre tract of montane forest and alpine meadows intended largely to protect elk summer range south and east of Yellowstone National Park. It was America’s first national forest. He quickly set aside fourteen more forest reserves, a total of 13 million acres that would serve as the nucleus for the national forest system. Almost as an afterthought, he also established Afognak Forest and Fish Culture Reserve in Alaska’s Aleutian Islands, the first reserve in what would later become the national wildlife refuge system.

Thumbnail histories of public lands in America often begin with Teddy Roosevelt’s presidency, as if the concept of federal reserves had sprung, fully formed, from the minds of Roosevelt and his forestry advisor, Gifford Pinchot. It’s certainly true that Roosevelt and his mentors were deeply committed to the idea of preserving wildlife and wild land as well as to the more utilitarian precepts of wise use of timber, water, and forage, but an examination of history clearly shows that the philosophy that would eventually lead to national parks, forests, and grazing lands had begun to develop before Roosevelt was even born. Included in that suite of ideas was the notion that the people were sovereign, endowed with the same rights the monarchs of the Old World had once held. Together, the American people owned the wildlife that roamed across the nation and could hold common title to the kind of parks and game reserves that in Europe had been the prerogative of the aristocracy.

Roosevelt was not only a committed conservationist but an astute politician who understood the public’s views and values better than any other man of his time. During his administration, he added 130 million acres to the national forest system; 236,000 acres in five new national parks, and 820,000 acres in eight national monuments, including Grand Canyon. Many of these new reserves stirred outrage among the nation’s robber barons and their minions, but Roosevelt based his expansion of the nation’s systems of parks and forests on a canny assessment of what a large majority of the people of the United States really thought. For more than a century before Teddy took the oath of office, Americans had been considering the transformations they had wrought across vast landscapes, and they had come to value the place wildlife and wild land held in their lives.

In the 150 years since America established its first national park, we have defined different purposes for different classes of our federal holdings—goals that range from complete preservation, as in our national parks and wilderness areas, to maximum sustainable yield of a variety of commodities, as on many Forest Service and Bureau of Land Management lands. The way we accomplish those goals has always been open to debate, and as that debate seeks compromise among often-conflicting demands, it continues to be loud and passionate.

But the fact that there is any debate at all is due entirely to generations of Americans, now long dead, who learned from hard experience that the New World they called home demanded a different way of thinking about the bond between land and people.

Our federal lands are a monument to their wisdom.

Chris Madson is a conservationist, writer, and public lands enthusiast based in Cheyenne, Wyoming.