The United States of America is unique in the world for its vast system of federal public lands, which make up more than a quarter of the country’s land area. Those federal lands, mostly concentrated in the 11 westernmost states and Alaska, span everything from rivers and canyons to sagebrush steppe and alpine peaks. They include protected national parks and monuments as well as productive energy fields and expansive rangelands. They host fish and wildlife habitat, timber production, the watersheds that supply our cities, and an ever-expanding range of recreational experiences.

Federal lands are a source of both experiences and resources. In 2017, companies paid more than $6.9 billion for resources extracted from federal lands, mostly oil and gas. That money goes to the states and American Indian tribes; to the General Treasury; to the Reclamation, Land and Water Conservation, and Historic Preservation Funds; and elsewhere.

Here’s a breakdown of our federal public lands for reference as you read the rest of this issue. 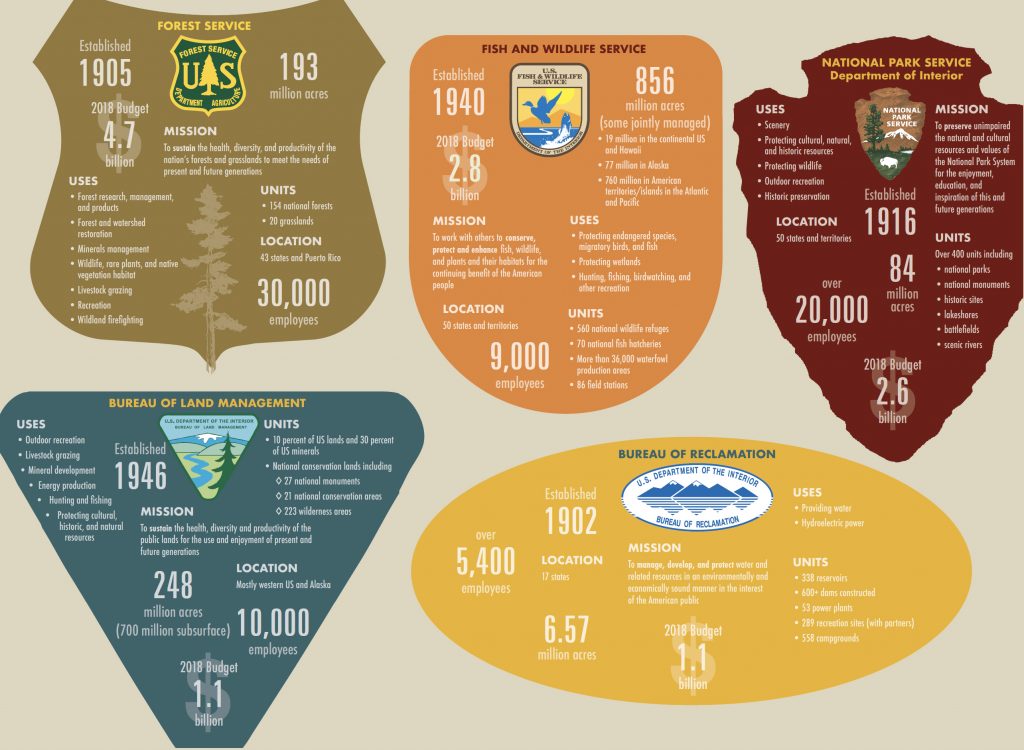 By Kristen Pope and Emilene Ostlind