Energy in the West

Over the last quarter century, the western states’ energy portfolio has shifted. Coal used to produce far and away the largest share of electricity, but recent advances in hydraulic fracturing and demand for low-carbon fuel have bumped natural gas to first place. For example, over the last ten years Utah replaced nearly a quarter of its coal-fired electricity with natural gas generation and more than half of California’s electricity generation comes from natural gas. Similarly, wind energy, now one of the most inexpensive electricity sources, has increased substantially since the early 2000s, surpassing nuclear for its share of electricity generation in the West. 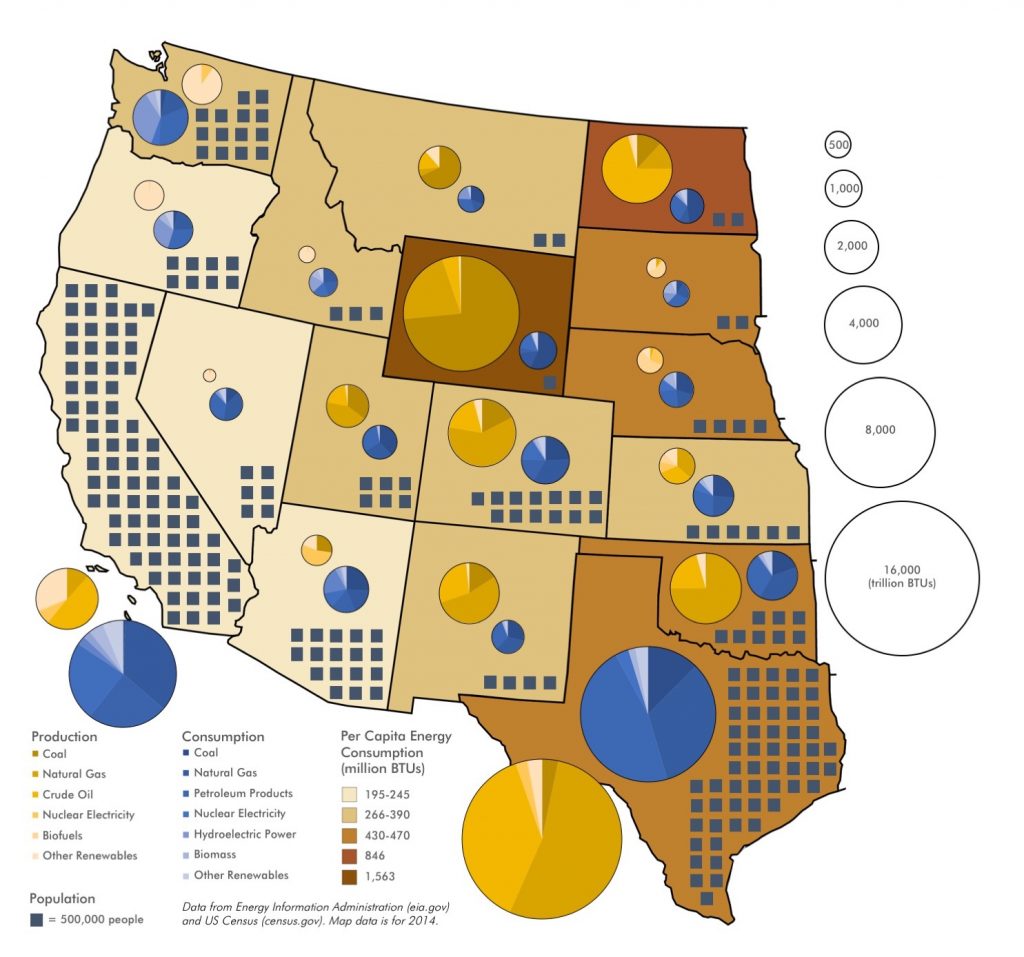 Data from Energy Information Administration (eia.gov) and US Census (census.gov). Map data is for 2014.

Energy resources match the geology, climates, landscapes, policies, and cultures of the states where they are found. The northwest produces mostly hydroelectric energy, including Washington’s Grand Coulee Dam, the country’s largest hydroelectric facility. California produces more than four times as much solar energy as the second-ranked state in the nation, Arizona. California also ranks third among states (after Texas and North Dakota) for crude oil production. The Rocky Mountain states produce abundant coal, oil, and natural gas. North Dakota’s Bakken oil field is going strong, and Wyoming provides more than 40 percent of US coal. Six western states produce nuclear energy, including Arizona, home to the Palo Verde Nuclear Station, the largest electricity generator of any kind in the nation. Nebraska makes more corn-based ethanol, a biofuel, than any state except Iowa. And Texas produces the most crude oil, natural gas, and wind energy of any state. 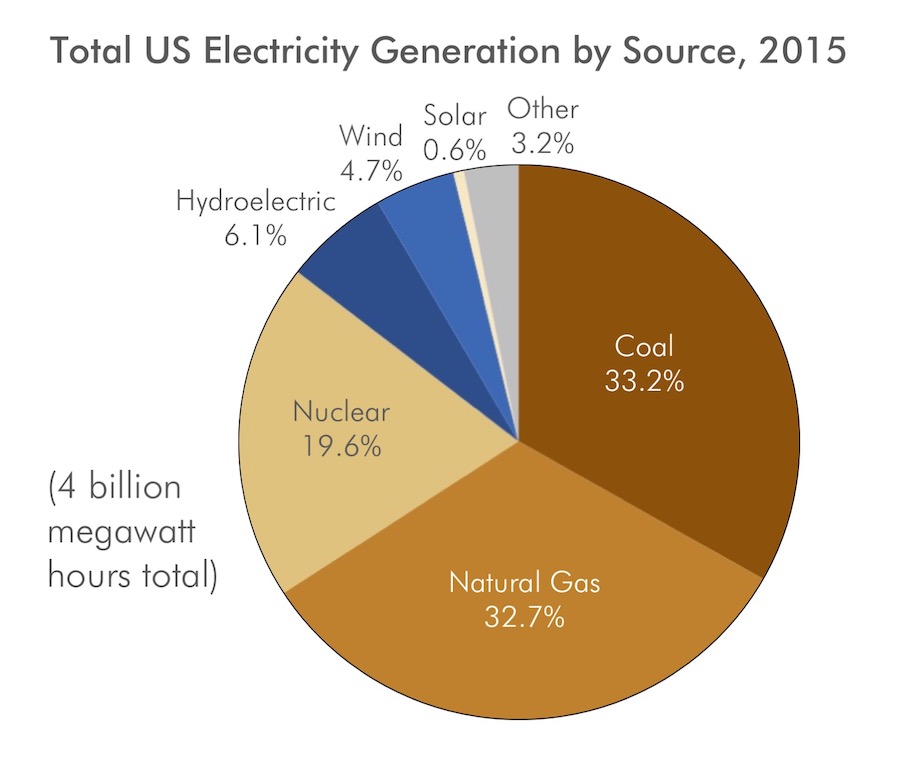 Producing fossil fuels requires a lot of energy, driving up per-capita consumption in some energy exporting states. Energy-intensive industrial processes, long travel distances, severe weather, and a lack of efficiency incentives can explain why states like North Dakota and Wyoming have such high per capita energy consumption. In South Dakota and Nebraska, electricity-hungry crop irrigation increases per capita energy consumption. And in Oklahoma and Texas, the industrial sector, including energy production, uses a lot of energy.

As markets, demands, and policies change, the energy mix, both in the West and on a national scale, will continue to shift in the coming years. How exactly energy resources will fall onto the map remains to be seen.

By Emilene Ostlind and Kit Freedman