Wyoming could lead the world toward a cleaner energy future

This December, five international research teams will converge at the outskirts of Gillette, Wyoming, to compete for a $7.5 million Carbon XPRIZE. The challenge: strip the atmosphere-altering carbon dioxide (or CO2) out of the exhaust from a coal-fired power plant and convert it into something valuable. The teams propose to make such products as 3D-printed concrete-replacement building material, graphitic nanoparticles, and plastics. Each team will have access to a test bay in the Integrated Test Center, Wyoming’s new carbon capture research facility. 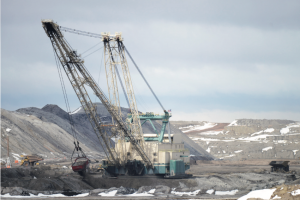 The Carbon XPRIZE focuses on “capture,” pulling CO2 out of power plant and industrial facility emissions, and “utilization,” finding a commercially economical use for the captured carbon. Turning waste CO2 into marketable items could develop new industries that eventually keep large quantities of the gas out of the atmosphere. But reducing carbon dioxide emissions enough to address the looming climate crisis, experts around the world agree, will also require carbon “storage.” That entails securing captured carbon in geologic formations deep underground.

Separate from and simultaneous with the Carbon XPRIZE competition, experts from the University of Wyoming’s Carbon Management Institute are investigating carbon storage. Working with utility representatives, economists, legal scholars, and others, they are designing projects to store at least 50 million tons of carbon dioxide in deep saline aquifers in two different areas in Wyoming. To date no such commercial-scale carbon storage site is ready to accept CO2 in the United States.

So Wyoming is coming at the carbon challenge from both ends. While the XPRIZE contestants perfect their capture and manufacturing techniques at the Integrated Test Center, a separate group of researchers in Wyoming will tackle the storage problem. Both endeavors are key to the global race to meet climate mitigation targets.

Carbon capture may seem like a last-ditch effort to rescue fossil fuels in a carbon-constrained world. It is expensive and energy intensive. But abandoning carbon-emitting fossil fuels all of a sudden would be more expensive if not impossible, according to expert analyses. The Intergovernmental Panel on Climate Change found that limiting atmospheric carbon dioxide to 450 parts per million, a widely accepted target meant to keep planetary warming under 2 degrees centigrade, would be more than twice as costly without carbon capture and storage as with. To achieve the 2-degree target, the International Energy Agency reports that 104 gigatons of carbon dioxide, or a sixth of all emission reductions worldwide, need to be stored in geologic formations by 2050. Carbon capture and storage buys time to meet the world’s growing demand for energy with clean sources by letting us burn coal and natural gas for a while longer, and it will be one critical strategy if we are to put a damper on climate change.

Carbon capture, transport, and injection has been in use for decades in various forms, but meeting climate mitigation targets will require perfecting the technology, bringing the cost down, constructing CO2 transport networks, and sorting out the technical, social, and legal logistics of geologic storage. Over the last decade, the US government has invested over $5 billion toward solving these challenges, with substantial matches from private industry. And the work is ongoing.

Last fall, some of that federal investment came to the University of Wyoming. Kipp Coddington, director of the UW Carbon Management Institute, is principal investigator on two Wyoming storage projects. With $2.4 million from the Department of Energy, the charge is to draw up blueprints for economically viable, commercial-scale carbon storage. One project targets deep saline aquifers in the Powder River Basin near the Integrated Test Center, and the other will focus on the Rock Springs Uplift, a well-studied geologic structure in southwest Wyoming. Over the next year and a half, Coddington and his team members will outline where the CO2 will come from, how it will be transported, where to store it, and how to ensure it won’t escape once underground. They’ll make a plan to secure the necessary agreements with everyone from electricity providers, to landowners, to state regulators, and others. And they’ll show how to pay for the carbon storage.

No large-scale carbon storage projects exist yet in the United States. “I hope that we will be on the pioneering side of that in Wyoming,” says Tara Righetti, School of Energy Resources assistant professor of law and a member of the interdisciplinary team. “Personally, I’m really excited to try to write the first injection lease.” All the pieces seem to be in place for Wyoming to blaze the trail.

For starters, Wyoming has ample anthropogenic carbon sources. One of the projects has its sights on emissions from the two-gigawatt coal-fired Jim Bridger Power Plant, which pumps out about 15 million tons of CO2 every year outside Rock Springs. The other is looking at the Dry Fork Station, the power plant that is home to the Integrated Test Center.

Then, Wyoming already has about 750 miles of CO2 pipelines, with another 200 miles planned. While those are designed for enhanced oil recovery (a process of injecting CO2 into flagging oil fields, which loosens the oil’s hold on the strata and pushes it toward production wells), in the future, this pipeline network could help carry anthropogenic CO2 emissions to geologic storage sites.

Following a long history of oil and gas mining in the state, Wyoming has extensive data from and expertise about the state’s geologic formations. Plus, the Carbon Management Institute already studied the storage potential of saline aquifers in the Rock Springs Uplift and determined they could hold as much as 14–17 gigatons of CO2, equal to 1,000 years of emissions from the Jim Bridger Power Plant or about seven to nine years of emissions from the entire US power industry.

Another advantage, says Scott Quillinan, Carbon Management Institute senior hydrogeologist and a team member, is that “bringing in a drill rig isn’t that big a deal in Wyoming. We’ve done it before. There’s a skilled workforce here to do it.”

Furthermore, in 2008 Wyoming was the first US state to adopt laws for carbon capture and storage, clarifying ownership of the underground cavities that will hold the CO2, among other aspects of the process.

“We have the support of the governor and the legislature and we have industry in place,” adds Righetti. All these factors align to give the team confidence that they will be able to present a sound plan to the Department of Energy, and hopefully advance to the next round of funding, a lengthier phase to put the project into motion. If Energy Department priorities and budgets remain intact over the coming years, the agency aims to have four US storage sites locking up carbon by the millions of tons within the decade.

“We really want one of these final projects to be up and running here in 2025,” says Coddington.

While the team has great confidence in the technical feasibility and geologic conditions, “I think the economics of these projects are going to be challenging,” Coddington says. Carbon pricing, a fee for emitting carbon pollution, has been proposed in Congress several times but never passed. Such a policy would provide the necessary economic incentive to store carbon. But in the absence of carbon pricing it’s harder to make the numbers pencil out.

“When you are just injecting CO2 into saline storage there isn’t a business case there,” Coddington points out. “That’s just a deadweight loss.” He and his team may consider solutions such as selling some of the captured CO2 for enhanced oil recovery or other industrial processes, or getting electricity customers in places like California to help pay for the low-carbon energy.

At $60-90 per ton of CO2, capture is the most expensive part of the process. Transportation and injection add about $15 per ton. Technology costs tend to come down over time, and the Department of Energy’s goal is to reduce capture costs to $30-40 per ton. Another place to seek efficiencies is in energy consumption. The “parasitic load,” as it is termed, to separate carbon from flue gas and compress it for pipeline transport, can eat up as much as 40 percent of a power plant’s energy.

Reducing carbon capture’s cost and energy needs will require more research and development. That’s where the Integrated Test Center comes in. It’s a place for researchers to scale up new technologies that have gone through laboratory testing, but which aren’t yet ready to implement at commercial scale. The Integrated Test Center is only the second US facility, after the Department of Energy’s National Carbon Capture Center in Alabama, where researchers can test carbon capture technologies with real power plant emissions.

Over the nine-month competition period, the Carbon XPRIZE team that captures the greatest percentage of CO2 from the Integrated Test Center’s flue gas ducts while producing the most valuable product will win the $7.5 million cash purse. That will mean finding an efficient, cost-effective means of capture. And these teams will be just the first of many tenants studying carbon capture at the Integrated Test Center, so if one of them doesn’t have a breakthrough, perhaps a future tenant will. That would be good both for the race to reduce global carbon emissions and for Wyoming.

“As we look toward a low-carbon energy future, developing those technologies is key to expanding and diversifying the state’s economy,” says Jason Begger, executive director of the Wyoming Infrastructure Authority which oversees the facility. The state of Wyoming contributed $15 million toward the Integrated Test Center’s $20 million price tag in hopes the investment will pay off by helping keep the coal economy viable and by enticing entrepreneurs who develop new technologies to set up their companies in nearby Gillette. As carbon capture research advances alongside carbon storage, Wyoming may lead the world toward a cleaner energy future.

“If we can’t make it work in Wyoming, I don’t think it will work anywhere,” Quillinan says. “All the pieces are here that are needed to make it work.”