Hiking mountain trails festooned with larkspur, lupine, and arrowleaf balsamroot flowers; paddleboarding on an alpine lake beneath the Tetons; seeing playful bear cubs frolic; and watching bison graze by the Moulton Barn with a backdrop of towering peaks—these are just a few of the reasons people come to Jackson Hole. The area is known for its wild and rugged beauty, wildlife, and outdoor recreation, but increasing visitation is leading to challenges, ranging from traffic to the environmental toll of hauling the county’s trash to a landfill a hundred miles away.

To protect the environment, quality of life of residents, and visitor experience, local leaders are developing a Sustainable Destination Management Plan, starting by asking community members how visitation impacts their daily lives and what they would like to see in the future. Other groups and organizations are working to combine technical solutions—like finding a way to compost restaurant waste locally—with the human side of the resident and visitor experience. 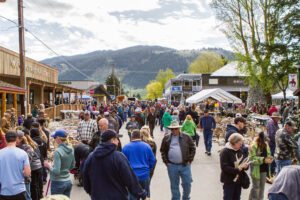 The town of Jackson has long been a tourist destination and visitation continues to climb. Photo: Courtesy of VisitJacksonHole

Cory Carlson, Jackson Hole Travel and Tourism Board Chair, says that after the COVID lockdown in 2020, the board saw “an influx like nobody could have imagined in terms of demand for the destination.” The boom in visitation was good for the economy, contributing $1.1 billion in fiscal year 2020, but at a cost. “We saw the impact that the volumes were having,” Carlson says, “whether it was trash, whether it was misbehaving with the environment, whether it was the wildlife, whether it was trail usage, forest fires, campfires, things of every nature.”

In response, local leaders formed a steering committee and started to develop Jackson Hole’s first Sustainable Destination Management Plan, beginning with information gathering. In collaboration with George Washington University’s International Institute of Tourism Studies, the Jackson Hole Travel and Tourism Board invited people living or working in Teton County, Wyoming, to complete a resident tourism sentiment survey. They expected 1,200 responses or so but were overwhelmed when 4,777 people responded to the request for feedback. They also held focus groups, interviews, and community meetings to gather more information about community members’ thoughts. Using this input, the board and partners expect to have a draft plan ready by the end of the year. 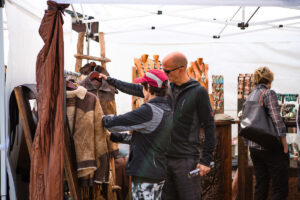 Tourism contributed over a billion dollars to Jackson’s economy in 2020, but a recent resident sentiment survey revealed that there are costs, too. Photo: Courtesy of VisitJacksonHole.

How do residents feel about tourism? Not surprisingly, 86 percent of survey respondents said it was important to the local economy. However, beyond infusing the local coffers with cash, 53 percent said the county does not receive any non-economic benefits from tourism. While the tax revenue generated by visitors contributes to public services, 61 percent say they’re willing to pay more for those services if the trade-off is fewer visitors.

The same survey found that many residents believe tourism contributes to problems in the community, including traffic issues (98 percent of respondents agreed with this) and impacts to the natural environment (86 percent agreed). Respondents’ concerns about tourism in Teton County included overcrowded sites, lack of housing, and tourist misbehavior, among other issues.

Respondents’ top two requests were to stop advertising the area (18 percent) and to limit visitation (17 percent), while others asked for no additional hotel development and stricter regulations on short-term rentals. Meanwhile, the Jackson Hole Travel and Tourism Board has already shifted its marketing efforts. Years ago, the board focused on luring visitors to the mountain town, then shifted towards increasing visitation during off-peak times rather than the already-busy peak season. Now, they’re focusing their marketing efforts on responsible and sustainable tourism messaging. 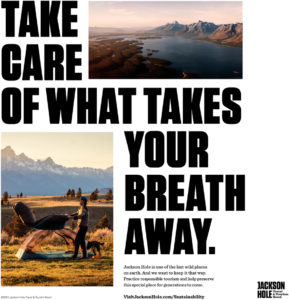 An ad placed in the Post Register, a daily newspaper serving Idaho Falls, Idaho; Jackson, Wyoming; and West Yellowstone, Montana. The Jackson Hole Travel and Tourism Board’s marketing has shifted over the years, from attracting visitors to area to focusing on responsible and sustainable tourism.

The 2022 summer marketing campaign focuses on messages like “The best souvenir is one you can come back to” and “Take care of what takes your breath away.” The ads are focused locally and during peak summer season, from July 4 to September 5. Carlson notes that the campaign aims to create a better all-around experience for everyone.

Focusing on sustainable tourism isn’t a new concept, already practiced by destinations around the world, including Hawaii, Park City, Venice, and New Zealand. Messaging strategies range from the staid and serious to the “Aspen Pledge,” which asks tourists to make promises like “I will carve the snow and not the trees.” While Jackson Hole doesn’t currently have a similar pledge, it’s one of many ideas that has been discussed.

These recent efforts in Jackson Hole build on longer-term desires to move toward sustainability. For decades, some locals have been working to integrate sustainability into decision-making and planning efforts. 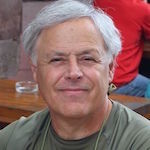 In 1999, Tim O’Donoghue founded the Riverwind Foundation, and today he is the organization’s executive director. The foundation now manages the Jackson Hole and Yellowstone Sustainable Destination Program, which was formed in 2014. It offers resources for businesses looking to improve their sustainability practices, and works with over 400 businesses and organizations through workshops, one-on-one technical assistance, the Sustainable Business Leaders Program, and BEST (Business Emerald Sustainability Tier) certification. These resources help businesses that are eager to be more sustainable but not quite sure how to do that, especially while being profitable.

Aaron Pruzan, owner of Rendezvous River Sports in Jackson, is another long-time sustainability leader. He has worked on these issues since his company’s inception in 1995, and has advocated for environmental stewardship for decades. Amid brightly colored kayaks and racks of paddle sports gear, Pruzan talks about his river adventures all around the globe and in his own backyard with his family. He also talks about the importance of preserving and protecting these waterways. Pruzan, a founding board member of the Snake River Fund, was instrumental in the campaign to designate the Snake a Wild and Scenic River, and has been active in many stewardship initiatives. Now he’s working to achieve the company’s BEST certification to further cement his company’s sustainable ethos as well as create formal documentation and training systems for his staff. 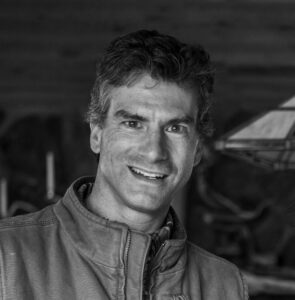 Aaron Pruzan, owner of Rendezvous River Sports, works towards sustainability at multiple scales on and off the river. Photo: Courtesy of Aaron Pruzan.

Pruzan avoids selling single or limited use items and works with manufacturers to reduce packaging. When he does receive packaging materials—like blankets used to cushion boats during shipment—he repurposes them, often giving them to local moving companies. When a boat becomes damaged, the company will repair it or, if it is beyond repair, part it out. On guided trips, employees track waste and chart how much they keep out of landfills by recycling, composting, and reusing. In 2021, the company’s guides recorded 87 percent of waste was diverted from landfills—just shy of their goal of 90 percent. His team can often be seen picking up trash others leave behind at boat ramps, leaving places nicer than they found them.

Finding balance between resource protection and increased visitation is key, according to Pruzan. “We do have limits,” he says. “It’s okay to not buy into the idea that we always need year-over-year growth, and I think we need to move to a different paradigm,” though he acknowledges that may be more of a challenge for newer businesses.

Community organizations and local agencies are also working together to make city services like waste and transportation more sustainable. Currently, trash produced in Jackson, Wyoming, is hauled 102 miles each way to a landfill in Bonneville County, Idaho. The Teton County Integrated Solid Waste and Recycling’s Road to Zero Waste initiative aims to divert 60 percent of waste from the landfill by 2030, by encouraging more recycling and composting, including commercial food waste. 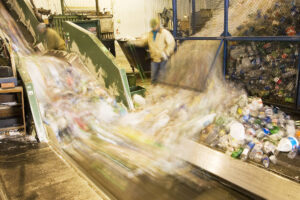 The Road to Zero Waste initiative works to keep Jackson’s trash out of the landfill, which is over a hundred miles away, by bolstering recycling and composting efforts. Photo: Teton County Integrated Solid Waste & Recycling.

In terms of transportation, Yellowstone-Teton Clean Cities is working to boost the use of electric vehicles in the region, which should become easier with the network of charging stations the recent infrastructure bill is funding. Executive director Alicia Cox says driving an electric vehicle charged on the locally available grid mix—which uses hydropower and other renewable power sources—reduces emissions by 97 percent.

All these efforts have led Jackson to become an award-winning sustainability destination, including North America’s first EarthCheck certified travel and tourism destination in early 2020. While many community members are excited about these awards and certifications, O’Donoghue says he’s received calls and emails from people who are concerned about Jackson Hole receiving such top-notch awards when it’s dealing with issues like roadway wildlife kills and poor water quality in local creeks. When he receives these communications, O’Donoghue reaches out to find common ground and have a conversation. Sometimes, this leads to volunteers and partnerships. Other times, his efforts are less successful. “This journey of striving to be more sustainable has a lot of bumps in the road,” O’Donoghue says. 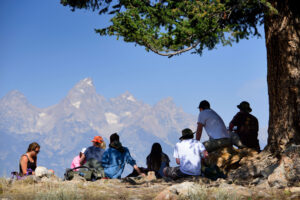 Jackson Hole is known for its wild and rugged beauty, wildlife, outdoor recreation. Local leaders are trying to protect that. Photo: Haub School of Environment and Natural Resources.

As the community builds a forward-thinking Sustainable Destination Management Plan, residents and local leaders are working to envision a future where conservation and economic goals coexist, and future generations can enjoy a robust local economy while also enjoying a high quality of life and a sustainable community.

Kristen Pope is a freelance writer and editor. Learn more about her work at kepope.com.