A Tale of Two Species

In 1998, the US Fish and Wildlife Service listed a small brown mouse with large hind feet and a 6-inch-long whip-like tail as threatened under the Endangered Species Act, which dismayed ranchers and others whose daily activities overlap with the mouse’s habitat.

“People were really worried,” says Gary Beauvais, director of the Wyoming Natural Diversity Database. “A lot of agriculture producers say, ‘Technically, if I go burn my ditch or cut my hay, I’m in violation of the Endangered Species Act.’”

The listing decision for the Preble’s meadow jumping mouse forced ranchers and developers to stop or alter some of their activities in the animal’s habitat, or face steep penalties.

“The mouse is a symbol of the potential impact of federal regulation and the potential for the presence of a listed species to fundamentally impact the way a rancher can use his or her property,” says Mike Brennan, Wildlife Conservation and Mitigation Program Director at Texas A&M University.

Meanwhile, another threatened species that lives in the same riparian meadows as the jumping mouse didn’t cause any trouble. The Ute ladies’-tresses orchid, listed as threatened since 1992, didn’t interrupt ranching or other activities the way the mouse did. This is in part because the Endangered Species Act places different restrictions on how people, especially private landowners, can interact with listed plants and animals.

Most people know the Endangered Species Act makes it illegal to “take” fish and wildlife species, a term which is defined as to “harass, harm, pursue, hunt, shoot, wound, kill, trap, capture, or collect or attempt to engage in any such conduct.” But a lot of people don’t realize that, “‘Take’ doesn’t apply to plants,” says Nathan Darnall, Deputy Field Supervisor for the USFWS’s Wyoming Ecological Services Office. “There are some prohibited acts. You can’t sell a plant across state lines and can’t engage in commerce across the high seas.” Collecting or maliciously harming endangered plants on federal lands is also prohibited.

However, landowners are free to trample and destroy endangered and threatened plants, such as the Ute ladies’-tresses orchid, on their land (unless a project there has a “federal nexus”—typically a federal permit or authorization). Some states have their own laws that protect threatened or endangered plants on private lands, though Wyoming does not. So, under the Endangered Species Act, it would be perfectly legal to bulldoze a whole bed of Ute ladies’-tresses on private property.

How are these different levels of protection playing out for the Preble’s meadow jumping mouse and the Ute ladies’-tresses? In 2004, the US Fish and Wildlife Service implemented what is called a 4(d) rule for the Preble’s meadow jumping mouse, under which landowners can apply for permits to inadvertently “take” a few mice in the course of certain normal agricultural activities such as mowing, landscaping, and ditch maintenance, as long as a habitat conservation plan is in place. However, this was “too little too late” for many landowners who spent six years with their livelihoods at risk. “That’s where a lot of the resentment came from,” Beauvais said. “[The 4(d) rule] should have happened before and been simultaneous with listing.”

Ranchers, developers, and others in Wyoming and Colorado have repeatedly requested the USFWS delist the mouse, arguing in part that the mouse is not a unique subspecies, but rather is genetically the same as other jumping mice that live throughout the Rocky Mountains. That debate continues to this day. In 2013, following a year-long status review, the USFWS declined to delist the Preble’s meadow jumping mouse. A group of interested parties submitted another such petition earlier last year, but for now landowners must continue writing habitat conservation plans and applying for incidental take permits.

Meanwhile, the Ute ladies’-tresses population has been healthy enough to delist for more than a decade, though its status doesn’t seem to bother anybody, and no one has gone to the trouble to actually remove it from the threatened species list. 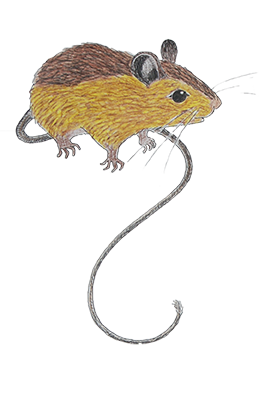 Kristen Pope is a freelance writer and editor in Jackson, Wyoming.