Once missing from Yellowstone, reintroduced wolves make a comeback

On a crisp March morning in 1995, wolf biologist Doug Smith and colleagues from the National Park Service and US Fish and Wildlife Service made their way toward a makeshift pen in Yellowstone National Park’s northern range. Inside, six wolves from Alberta, Canada, watched as the men opened the gate to their new home. 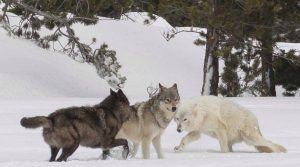 “There was a great deal of anticipation,” recalls Smith. “It was this magical feeling that we were restoring Yellowstone. We were making Yellowstone whole again.”

Several days passed before all six wolves left the pen. Within weeks the animals settled into the northeast region of the park, beginning one of the largest and most controversial species reintroduction experiments ever. Over the following year, managers released 25 more wolves from six additional pens across Yellowstone. By 2000, the population in Yellowstone expanded to 119 individuals, and as early as 2002, wolf numbers reached the recovery goal: 300 individuals and 30 breeding pairs distributed across Wyoming, central Idaho, and northwest Montana.

Despite meeting the delisting criteria, controversy—or as Smith puts it, “human bickering”— kept the animals on the Endangered Species List. Although the US Fish and Wildlife Service first filed a rule to remove wolves from the list in 2008, ultimately the decision to delist the animals came not through the power of the ESA, but as a rider to a budget bill passed by Congress in 2011.

In the years that followed, wolves were relisted and delisted several more times as environmental groups and states litigated each listing decision. Most recently, in April 2017, Congress again returned wolf management to the states.

Today, around 1,700 wolves inhabit the Northern Rocky Mountain Recovery Area, with the Yellowstone population hovering around 100. That population, Smith says, is one of the most protected in North America. Several states including Alaska, Idaho, and Montana, have opened hunting seasons on the animals. And in Wyoming, hunters harvested a dozen wolves from a single area in the first 40 hours of the state’s managed hunting season, which began October 1, 2017. 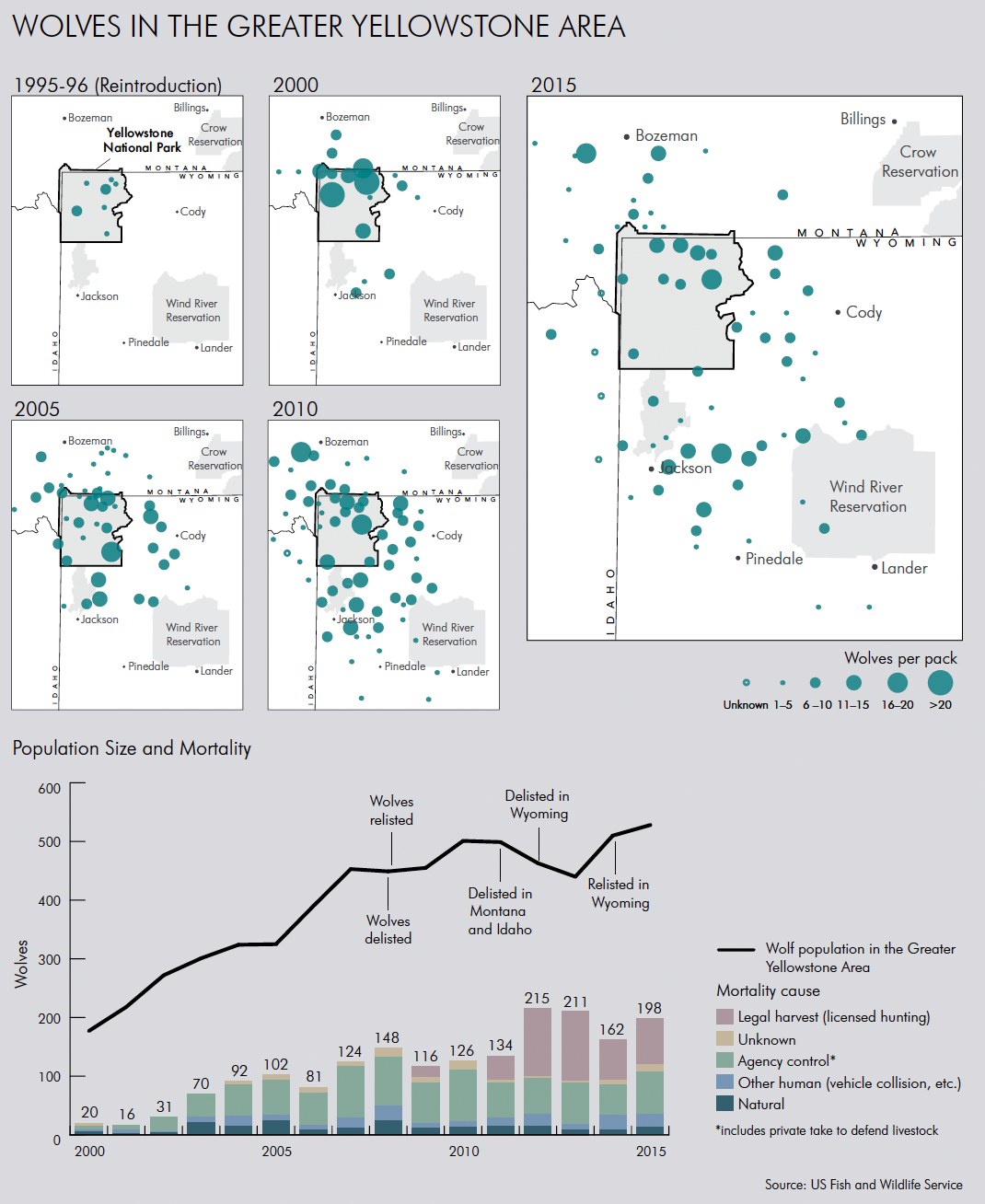 With wolves now off the endangered species list, there’s nothing legally preventing the states from reducing wolf populations down to the bare, biological minimum of 300 individuals across the Northern Rocky Mountain Recovery Area. As Smith points out, for wolves outside of Yellowstone National Park, “the story of their lives is, eventually a human is going to kill you.”

Kit Freedman is Project and Outreach Coordinator for the Ruckelshaus Institute of Environment and Natural Resources at the University of Wyoming.