Cutthroat trout once linked aquatic and terrestrial ecosystems in Yellowstone National Park. As their numbers decline, the link is weakening. 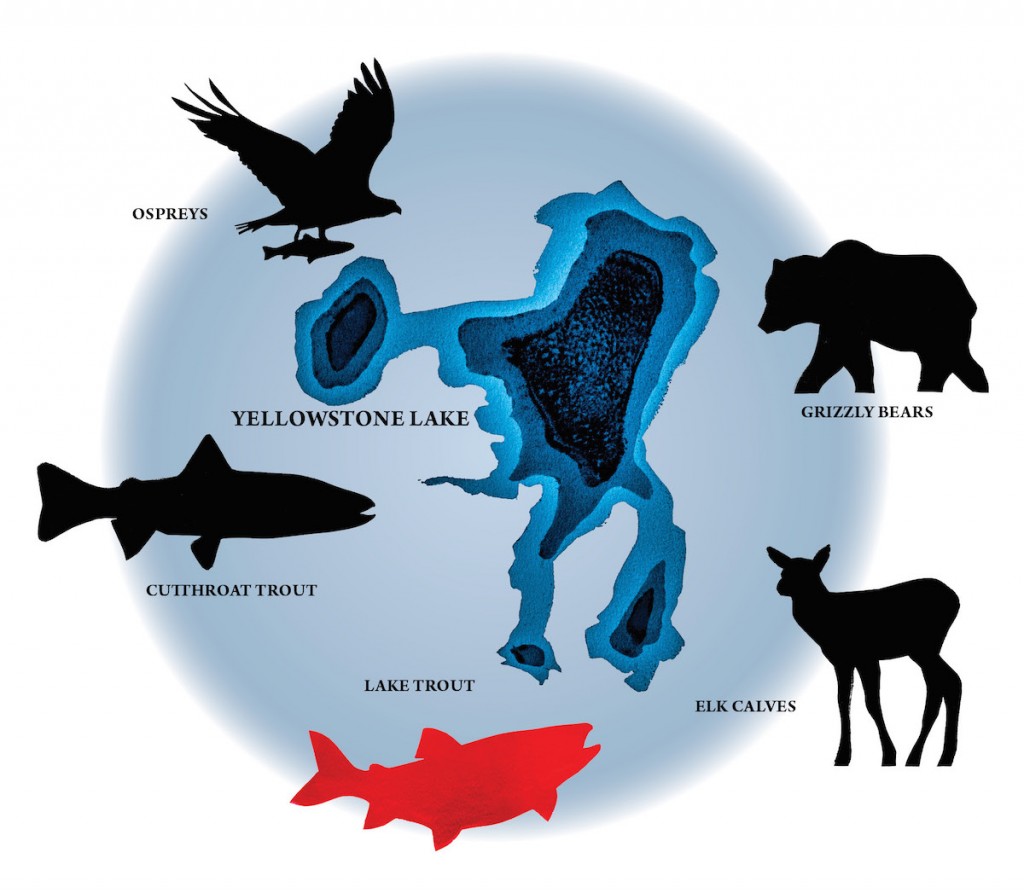 Yellowstone Lake lies in the heart of Yellowstone National Park, a protected ecosystem. Even there, seemingly small human disturbances have far-reaching consequences for the abundant wildlife that call it home.

In the spring, native cutthroat trout migrate up tributaries surrounding Yellowstone Lake to spawn. Before their numbers started to dwindle, millions of spawning fish fed as many as 30 different predator species.

Ospreys are only one of many native predators that once relied on cutthroat trout as a major food source. As cutthroat numbers have declined, so have osprey nests on Yellowstone Lake, from several dozen down to just three or four.

Grizzly bears that once relied on spawning cutthroat trout in the spring are now switching their diet to newborn elk calves.

As grizzlies turn their attention to newborn elk, fewer calves survive the first two weeks of life. Because the elk are migratory, the grizzly diet shift is impacting winter range numbers up to 70 miles away.

This story is a sidebar to the feature A Tale of Two Migrations: The Splash of One Fish Ripples Through an Ecosystem.