When Congress failed to enact legislation to address climate change, President Obama vowed to take action himself. “No challenge poses a greater threat to our children, our planet, and future generations,” he said. In August 2015 Obama and the Environmental Protection Agency issued the Clean Power Plan, a series of regulations under the Clean Air Act that would reduce carbon dioxide emissions from power plants by about a third by the year 2030. 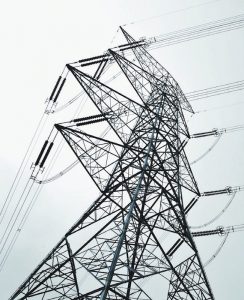 Electricity generation is responsible for about 37 percent of carbon emissions in the United States, according to the US Energy Information Administration. The CPP would shutter hundreds of existing coal-fired power plants and replace them with cleaner power sources. Obama used the CPP to leverage international agreement on the Paris Climate Accord. Supporters call it the most significant step ever taken to reduce climate change, while critics call it an unlawful overstep, misuse of the Clean Air Act, expensive, and a threat to states.

Upon release of the CPP, several industry groups and 28 states including Wyoming sued to stop it, and in February 2016, the Supreme Court blocked implementation of the regulations while the lawsuit plays out. In September 2016, the DC District Court heard oral arguments on the case, and it has yet to make a decision. Then, in November 2016, Donald Trump, who has vowed to do away with the Environmental Protection Agency, became president-elect of the United States. He nominated Scott Pruitt, Oklahoma’s attorney general, to head the EPA. Pruitt has denied anthropogenic climate change, is a lead architect of the legal battle against the CPP, and has strongly opposed a range of environmental regulations.

Under a Trump administration, the CPP could be weakened or eliminated by the courts, by the EPA, or by Congress. The DC District Court could side with the litigants and determine that the rule is illegal. If the District Court upholds the rule, it could be appealed to the Supreme Court, in which case Trump’s appointee to the vacant justice seat could sway the outcome. Meanwhile, the Trump administration could voluntarily remand the CPP back to the EPA, which, under Pruitt’s oversight, would undergo a year-long process to revise, and presumably weaken, the rule. Furthermore, the Republican-led Congress could override the CPP by passing a bill prohibiting the EPA from regulating carbon dioxide emissions from the power industry.