Ken Burns’ documentary The National Parks: America’s Best Idea tells a story from the early years of Grand Teton National Park. The main characters are John D. Rockefeller, Jr., who purchased 30,000 acres of land in Jackson Hole to gift the federal government to expand the park; Horace Albright, Rockefeller’s collaborator and a former superintendent of Yellowstone; President Franklin D. Roosevelt, who in 1943 reluctantly accepted Rockefeller’s gift; and, as the narrator describes them, “Wyoming politicians who had learned of Rockefeller’s scheme [and] did everything they could to thwart his plan, not wanting Washington telling them what they could and could not do with their land.” A voiceover reads from one of Albright’s letters: “Dealing with Wyoming is like dealing with the Russians—you never get anywhere trying to cooperate.”

But when Laurie Hinck delved into historical archives looking for news clippings, correspondence, and other documents related to Rockefeller’s role in expanding Grand Teton, the doctoral student uncovered a different story. Amidst the machinations of a New York oil tycoon and battles between politicians and bureaucrats in Cheyenne and Washington, DC, she found a whole host of people whose voices Burns’ documentary omits: people for whom the proposed park was home. In short, Hinck—who was born and raised in nearby Silver Gate, Montana—found a story full of people a lot like her.

Today, Hinck runs a bed and breakfast in Silver Gate, nestled into the Absaroka Mountains at the northeast entrance to Yellowstone National Park. She left academia after receiving her PhD in 2009 and participates in local conservation discussions as a respected businesswoman. Much of the food she serves comes from nearby ranches, connecting her livelihood to the welfare of the surrounding land.

But before she departed the academy, Hinck wrote a critical examination of Rockefeller’s quest to preserve Jackson Hole as a park. Waiting for Wilderness: The Corporate Genesis of Grand Teton National Park details the ways in which Rockefeller attempted to steamroll Wyoming citizens who lived in the valley where the scion dreamed of crafting a pristine park. Hinck describes how Rockefeller used a dummy corporation to dupe distressed local ranchers into parting with their land for dirt-cheap prices, used crony connections in Washington to swindle federal concessionaire permits away from local businesses, and squeezed residents out of the town of Moran so he could raze what he considered aesthetically unpleasant structures—which amounted to almost the entire town.

Hinck also chronicles the decades of resistance Rockefeller faced from locals who believed a national park at the foot of the Tetons would transform their home into a sterile tourist attraction and, as one wrote, “remove Jackson Hole from the scheme of life.”

Resistance to Rockefeller came in many forms. The Grand Teton, a local newspaper, railed against his project. When Rockefeller tried to buy a competing paper to act as “Albright’s unofficial mouthpiece,” the owner refused. A local businessman Rockefeller hired to buy property on his behalf intentionally scuttled some of the deals. Infrastructure projects in Jackson Hole sullied Rockefeller’s vision of an unfettered wilderness. When the park opened a roadside zoo to showcase elk, moose, bison, and other local fauna, residents snuck mischievously through the night to let loose the animals from their enclosures.

The zoo alienated one of Rockefeller’s most important supporters, Olaus Murie, a nationally respected naturalist who called Jackson Hole home. Murie advocated protecting Jackson Hole from development and served on the board of the Jackson Hole Preserve, a Rockefeller organization. But he objected to treating wildlife and wilderness like a “souvenir that can be purchased over the counter.” After the zoo’s creation he resigned from the board and grew increasingly vocal about his dissatisfaction with the way the park was taking shape.

Since most narratives about Grand Teton portray Rockefeller as a premiere conservationist, Hinck said she feels a bit awkward siding with the ranchers who obstructed his efforts. She considers herself an avowed conservationist, loves Yellowstone and Grand Teton National Parks, and makes her living from the tourists visiting the parks. But as she uncovered more and more of Rockefeller’s story, Hinck could not suppress the empathy she felt for the people who, like her, cherished the region as more than a place to visit.

“The story spoke to my heart as someone who was born and raised in Montana,” she said. “It spoke to my passion for living here and wanting to keep this place safe.” 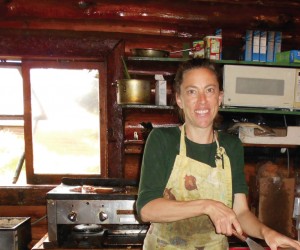 It also struck her as a case in which a small, very wealthy and powerful cadre with romantic ideas about nature disregarded and discarded people who actually lived and worked on the land. Jackson Hole’s residents worried they would be pushed out with the expansion of Grand Teton National Park. Today, Teton County has become by some measures the richest county in the nation. Former working ranches in Jackson Hole now host summer homes for titans of Wall Street, and a housing shortage in the town of Jackson drives rents up and workers out—since 97 percent of Teton County is protected land, there is little room for new residential development. The economy has turned almost entirely to tourism supported by temporary immigrant labor. Jackson’s town ordinance requires buildings, even K-Mart, to have rustic wooden facades—an apt metaphor for Rockefeller’s dream of the West, which prioritized appearances above all else.

“We say in my neck of the woods, ‘Please don’t let us become like Jackson. Don’t go down that road,’” Hinck said. “[In Silver Gate] we’ve always tried to look at how Jackson got the way it is, and tried to prevent that from happening to our community.”

Six thousand or so miles south of Grand Teton National Park, the lessons from Rockefeller’s foray into Jackson Hole are playing out today, at the wild southern tip of South America. For the past 20 years, Doug and Kristine Tompkins have leveraged the fortune they amassed as CEOs of clothing companies like The North Face, Patagonia, and Esprit to buy huge swaths of ranchland in Patagonia. They intend to turn the land over to the Argentine and Chilean governments, à la Rockefeller, to create national parks. Their aim is to conserve for wildlife and tourists areas in Patagonia that have long been used for ranching.

Local opposition to the Tompkins project has been staunch. The couple has been careful to reassure their employees that the sheepherding gauchos marching across their property chanting about land grabs are on the wrong side of history. Until his death in December, Doug Tompkins had his employees watch the Ken Burns national parks documentary, instructing them to pay particular attention to the Rockefeller part.

Elena Louder became a kayaking guide after graduating college and found work leading trips down the Futaleufú River in northern Patagonia, on one of the premier whitewater stretches in the world. Born and raised in Twin Falls, Idaho, her job made her by default a contributor to the region’s transformation into an international tourist destination. Something about the transition Louder witnessed did not sit well with her, though. When she returned to the University of Montana for graduate school in 2015, Louder determined to focus her studies on Doug and Kristine Tompkins’ Patagonia national park project, and on what effect it was having on the region and its people.

“I’m at the intersection of being a tourist guide and a critical analyst,” Louder said. “I work in tourism, but I also have a background in looking at resource conservation from a concerned academic perspective—all the hang-ups and injustices that are often associated with conservation.”

It’s easy to see how Tompkins recognized in his own undertaking the clash between Rockefeller and Wyoming’s residents. Much of the land Tompkins purchased was formerly used for sheep ranching. Rather than objecting to the protection of land per se, local opposition has solidified against a wealthy foreigner imposing his imported idea of nature and threatening their distinct way of life. A campaign under the mantra Patagonia Sin Tompkins (Patagonia Without Tompkins) has held marches, rallies, and other actions to protest Tompkins’ plans, which Kristine Tompkins continues despite her husband’s death. Residents particularly take issue with Tompkins ignoring their longstanding agrarian interests.

“You have what used to be a working landscape—there still are campesinos who are logging with oxen, doing a lot of animal husbandry, and growing their own food—being replaced by an economy based on tourism and services,” Louder said. 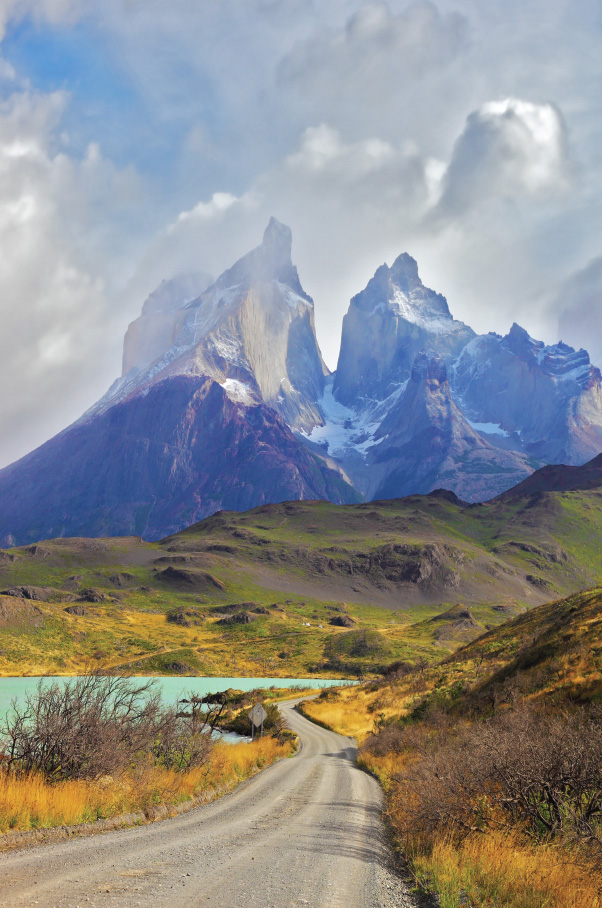 In the final chapter of her dissertation, Hinck quotes Mardy Murie, wife of the naturalist Rockefeller alienated with the roadside zoo, describing a camp she set up for Jackson Hole’s warmer months: “a natural grassy opening and some convenient down logs … Olaus built a clever kitchen-table-cupboard affair from poles … Here was my little world for the rest of the summer … where baby washing was rinsed and hung on bushes to dry; and sometimes a band of elk, feeding along the meadow.”

Hinck explained, “Mardy made a home from the wilderness that the Rockefellers preferred to view.” She said she often imagines what Grand Teton National Park might have become if Rockefeller and Albright had taken the opinions of locals like the Muries into serious consideration.

“I know for a fact it would have been less of a visual park. Mardy would have had more of an experiential-based park, a hands-on park.”

Louder said many folks in Patagonia live today as closely to the land as the Muries did. Their local knowledge could benefit the conservation process if, likewise, they were allowed meaningful input (beyond the odd gaucho receiving a job as park ranger).

“To me,” Louder said, “the deep irony is that rather than looking to learn from another culture that works intimately with the landscape, [Tompkins’ project] is replacing that culture with this very specific model of interacting with the landscape based on a North American-style park—one that emphasizes recreation, scenic value, consumptive value, and the production of lots and lots of images.”

Louder said the Tompkins’ Patagonian project stands out even among the region’s long-protected parklands as a reflection of the couple’s backgrounds as North American CEOs.

“There’s a distinct aesthetic they’ve created there that’s got a different feel from the two bordering Chilean-owned national parks,” she said. “It really feels like a country club. You can tell that somebody designed it to a really particular taste—and the design and the way it’s marketed are definitely intertwined with their corporate ethos.”

It remains to be seen whether the Patagonia Sin Tompkins movement can be of more consequence than the locals who protested Rockefeller’s actions in Jackson Hole. But this will certainly not be the last conflict between wealthy conservationists and local agrarians.

Nathan C. Martin is a freelance writer from Wyoming.