A way of life suffers under absentee landowners

Rody Twyman follows a couple thousand bleating sheep on a dirt path. Brown leather boots cover his calves. His blue coat protects him from the wind. He blows a whistle to command his herding dogs right and left. They circle to keep the sheep together and move them to a new paddock to graze. 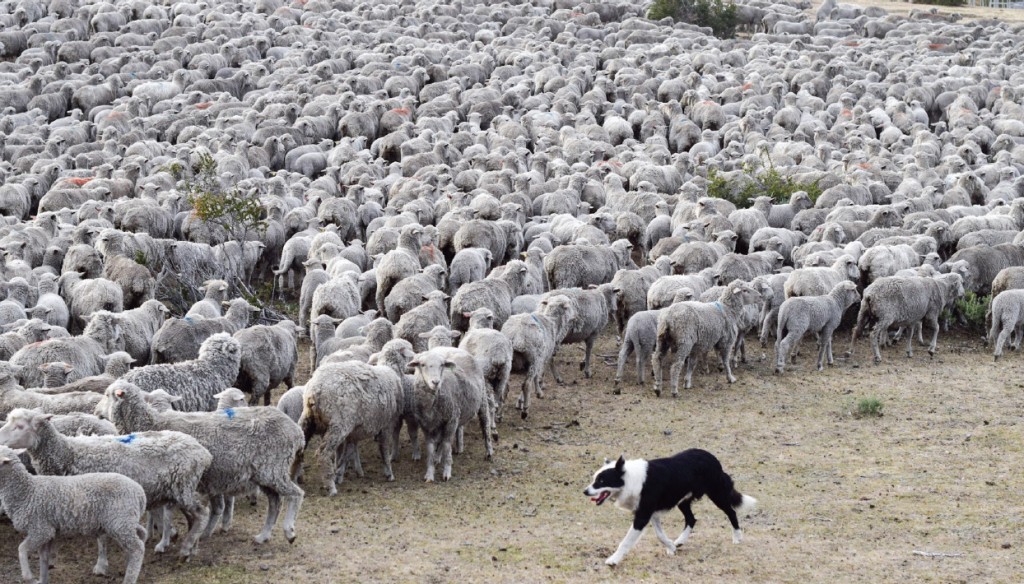 Twyman and his uncle own the ranch in the Magallanes region of Chile, about an hour north of Punta Arenas, a town on the shores of the Straights of Magellan. Twyman lives on the land and is acquainted with the small details, like how much manure on the pasture signals that it’s time to move the sheep.

The fact that Twyman lives on the ranch places him in the minority. Only five to ten percent of ranch owners live on their land in the Magallanes region. The rest live many hours away and typically come to their ranches only at the critical times, such as to oversee contract workers and ranch hands as they sheer, mate, and mark the sheep. They hire managers to run the ranches in their absence.

While the owner has legal power over the land, the managers check on the sheep and manage the grazing systems every day. According to Twyman, this causes problems. “Yeah, you have to be there. If you’re not there you are not going to be able to see what is going on.” The managers know that the owners are not aware of what is happening day-to-day on the ranch. In many cases, this leads to a power struggle and associated problems.

Twyman, like other owners who live on their ranches, cares about the sustainability of his pastures. Whereas he is invested in the longevity of his land, many absentee owners are interested in short-term profit. Most absentee owners purchase sheep ranches as an investment, not a livelihood. This can lead to mismanagement that erodes the sheep ranching culture and damages the environment in Patagonia.

Patricia Jarpa, a contract veterinarian, artificially inseminates sheep on the Magallenes region ranches to develop fine merino wool fibers and put more meat on the animals. As we talk, my stomach is swollen from the lamb, cooked over hot coals with just a pinch of salt, that I could not stop eating. The warm coals provide relief from the cool summer winds. 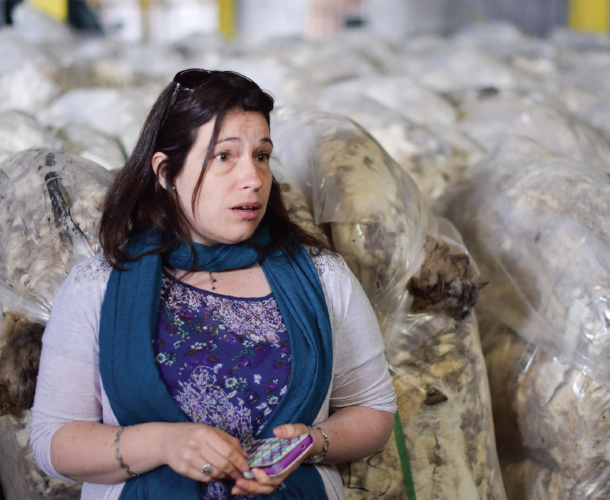 Cecilia Cavada at a wool warehouse in the Magallanes region of Chile. Photo by Ammon Medina.

“The most common problem is when the owner hires the manager, but the owner still tries to make decisions, so the workers don’t know who to listen to,” Jarpa says. This struggle may flare up if the absentee owner wants to change the grazing management, a popular choice. Absentee owners are often lured by the promise of high stocking rates, meaning increased sheep numbers, which means more wool and more meat, so more money. Not knowing the land or the feasibility of making this change, the absentee owner may implement new grazing systems as an answer to their dying pastures.

Even when the absentee owner tries to maintain paddock health, these practices require more attention and labor, a pain for the manger. In response, the manager refuses to make the change. This is happening at a ranch Jarpa works on. “The company that owns the ranch wants to apply a new management system, but the workers don’t care about that and won’t do it.”

Cecilia Cavada and Juan Ignacio Cavada overlook the smelly and stained clothes I wear to our meeting. I’ve come straight from tagging sheep on Twyman’s ranch. We meet in a conference room at Agropat, a small local company that brokers wool from the Magallanes region, buying locally and selling internationally. Cecilia and Juan Ignacio are siblings. Their family owns a ranch and manages a few others.

Cecilia explains that the absentee owners are really investing in the land, which is worth more than sheep. She says, “Right now, you cannot buy land and pay the interest with the profits of the sheep business.” The absentee owner can optimize all the profits from the ranch, sell the wool off at the highest price, pull a great price for their meat, sell alfalfa to neighboring ranches for supplemental feed in the winter, and still not make enough to pay for the investment.

The high cost of land can mean trouble for the sheep, as it did at Estancia Cameron. Juan Ignacio shares the story as an example of absentee ownership and management gone wrong. An investor in Santiago purchased Estancia Cameron, immediately fired everyone working on the ranch, and brought in new workers. “The crew was young and didn’t know the land,” Juan Ignacio explains. “They didn’t know which paddocks froze over and which didn’t. This led to 30,000 sheep, most of the lambs, and 800 cattle lost over the winter.”

Estancia Cameron is not the only ranch to have fired everyone when a new owner took over. But despite the lost animals, the owner will still make a profit on the investment. The land appreciates in value either way. Juan Ignacio says, “Investors are motivated to sell and that is the bottom line. At Estancia Cameron the land cost $20 million to buy in 2010, and now the land is worth $30 million.”

Jarpa’s fears are in this mismanagement of land. The Magallanes Region is home to 50 percent of the sheep in Chile. Jarpa shares this fact: the region used to support 2 million sheep, but in recent years due to overgrazing, erosion, and invasive weeds following poor grazing practices, the capacity has decreased to 1.8 million sheep. Absentee owners, “just want money, now,” she says. “And I think that is wrong, because in ten years they are going to have half the sheep because the sheep won’t have pastures to graze.” 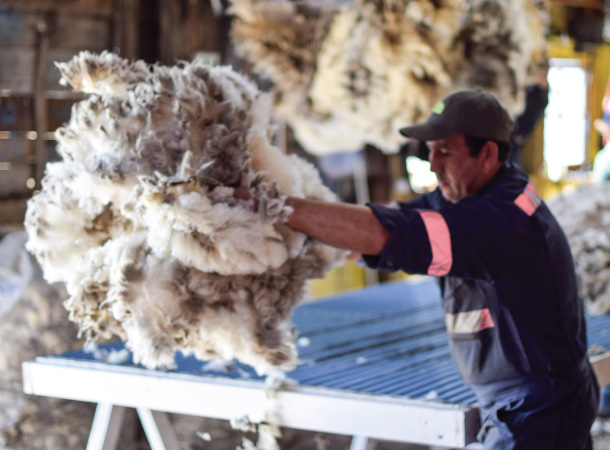 As land prices go up, fewer local owners make management decisions on the land where they live. Still, Twyman and his family have no intentions of selling their land. His great-grandfather purchased the ranch and the sheep are his passion. The money Twyman and his wife make from wool and meat each year covers their expenses. Twyman is invested in his pastures. His priority is to maintain the vegetation to ensure that plants keep growing year after year, as his great-grandfather did, so that his family’s land can support the same amount of sheep and continue to provide their livelihood.

Ammon Medina is pursuing a masters of fine arts in poetry and environment and natural resources at the University of Wyoming. He traveled to Patagonia in January 2016 with the Haub School course ENR 5890: Sustaining Temperate Drylands. He is a producer on the upcoming podcast Spoken Words.