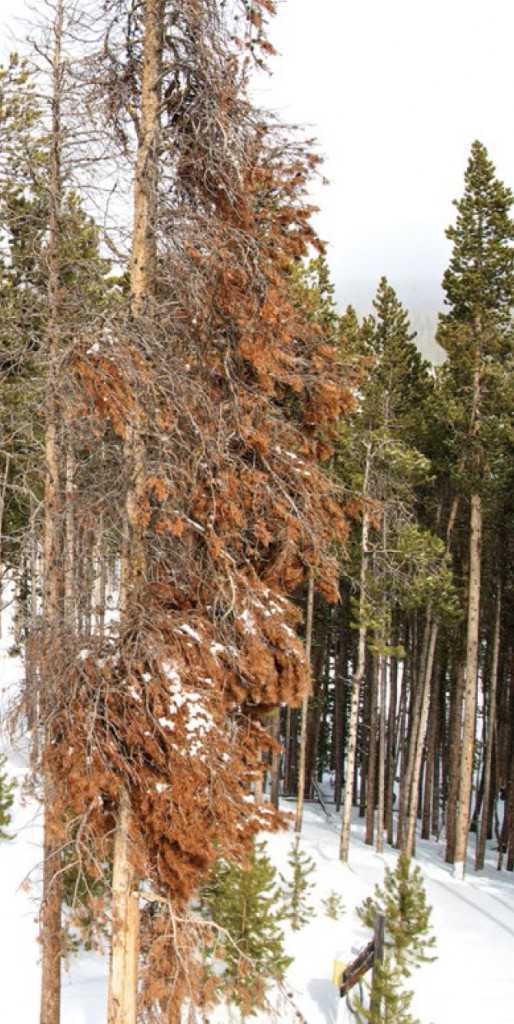 Not only was he looking for ways to curb the epidemic, he was also seeking a deeper understanding of the public’s take on landscape-altering effects of the beetle. A group of Colorado State University researchers proposing a social science study on public perception of the mountain pine beetle approached Cruz and the supervisors of the Arapaho-Roosevelt and White River National Forests. Would the Forest Service be interested in collaborating?

“At the time, the issue was bigger than anybody knew. We knew the beetle epidemic needed to be understood by the public and the government,” said Cruz. In an effort to get a better sense of how the public perceived Forest Service efforts to control the epidemic, Cruz and his colleagues said yes.

This opened the gateway for a groundbreaking look into how the public viewed not only the mountain pine beetle epidemic, but also the national forests as a public resource and the Forest Service’s management of those lands. “We really wanted to know where people were coming from and how they felt about management activities on the land,” said Cruz. “Do people think the Forest Service knows what they’re doing? Is the Forest Service listening to the public?”

The social scientists joined forces with the Forest Service to write a series of questions aimed at increasing that understanding. Together, they developed questions based on Forest Service needs, including public comfort with prescribed burning and trust in forest manager decisions, as well as social science inquiry, such as how much value the public places in forests, and for what reasons.

Between November, 2011 and January, 2012, the researchers mailed surveys to 4,500 households and collected responses from over 750 stakeholders scattered from Colorado’s western slope to the Front Range and up into south-central Wyoming. The result is Public Perceptions of the Mountain Pine Beetle in Three Study Areas in Northern Colorado and Southern Wyoming published by the Department of Human Dimensions of Natural Resources at Colorado State University in 2012.

Some of the findings, said social scientist and one of the study authors Jessica Clement, came as a surprise.

“Study results indicate that the public is more comfortable with prescribed fire than previously thought,” Clement said. That realization gives land managers more confidence to use controlled burns as a management tool.

For Cruz, the surprise was the general public understanding of the interconnectedness of the issues surrounding Forest Service management and mountain pine beetle control. “Study results told us the public had a depth of knowledge, awareness and support that showed the Forest Service is on the right track,” he said. Pretreatments, such as thinning and salvage on Forest Service boundaries, prescribed fire and pile burning, can help mitigate the effects of wildfire The study, noted Cruz, showed that people had an understanding of that reality.

The study also provided insight into who uses the forests and for what activities. Recreationists—like hikers, campers, hunters, and anglers—made up the highest percentage of respondents. Smaller percentages identified as conservationists, government agency officials, and people gaining economic benefit from the forest through activities like timber harvest, livestock grazing, and outfitting. 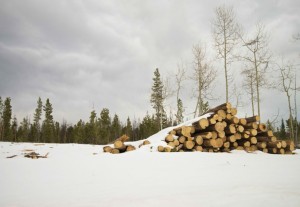 Results also show that participants value how forest health contributes to the production, preservation, cleaning, and renewal of air, soil, and water. This “tells us that local residents living with the beetle outbreak are gaining an understanding and awareness of how important forests are in maintaining earth, air, and biodiversity,” said Clement.

While a large percentage of respondents think people should be able to build houses on land close to affected forests, an equally high percentage believe that homeowners, not land managers, are responsible for protecting those homes from wildfire. Additionally, 92% of respondents are in favor of forest managers allowing harvest of beetle-killed trees for wood products and biomass. Ninety-six percent agreed that recreationists should accept the danger of tree fall when recreating in affected areas.

Cruz noted the generally high level of trust the public has in the Forest Service to manage wildfires, which came in at 87%. Only 59%, however, believed that forest managers are doing everything within their abilities to control the mountain pine beetle outbreak.

So, where will the public see their input put into practice? Now that the study is finished, Clement and Cruz agree that there are two priorities: get the information to the public, and use the information to inform future management decisions. “We can’t let up on maintaining and building relationships with communities,” said Cruz. This includes educating the public, listening to concerns, and teaching about and discussing the issues in public settings. Information divulged by the study “presents new opportunities to work with people, and helps with adaptation of management priorities.” That includes educating and working with Forest Service employees.

“A continuously moving and improving body of knowledge is a key factor in management,” said Cruz. Though this study may be one of the first of its kind, the valuable insight it provided will hopefully ensure that it won’t be the last.

Manasseh Franklin is pursuing a master of fine arts in creative nonfiction writing and environment and natural resources at the University of Wyoming and has reported for magazines such as Rock and Ice, Trail Runner, and others.