When Jim Magagna, Executive Vice President of the Wyoming Stock Growers Association, arrived at the first national advisory committee meeting for forest planning, he looked around the room and wondered how he and the twenty other committee members would ever reach consensus. 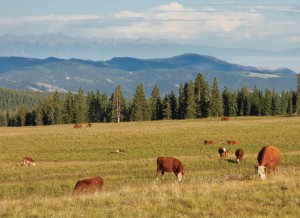 This diversity was by design, part of the Forest Service’s recent effort to include the public and stakeholders in the planning process.

“We used to develop proposals and then put them out to the public,” said Tony Tooke, national director of ecosystem management coordination for the US Forest Service. “Now we’re talking to the public first.”

The first National Planning Rule was published in 1982. For over twenty years, the Forest Service has been attempting to implement a new rule. Most recently, planning rules from 2005 and 2008 were challenged in California Federal Courts. In both cases, the court found the plans did not adequately provide protective measures for plants, wildlife and waterways and the Forest Service reverted to the 1982 rule.

In 2012 the US Forest Service made yet another attempt to bring their planning process up to date. The goal, said Tooke, is to “support cultural, economic and social sustainability while meeting desired ecological conditions.” The turbulence of the planning process over the past two decades illustrates the complexities of managing public lands.

The Forest Service thought collaboration might be one way to address this challenge. “The way this planning rule was developed was one of the most collaborative efforts of the forest service,” Tooke explained.  The agency arranged public meetings, solicited comment letters, and consulted with Tribes in an effort to bring stakeholders to the table early.

While the National Planning Rule sets national policy for public land management, the agency publishes directives to guide how these provisions and regulations should be implemented in the 155 National Forests. The committee has been reviewing and offering revisions to the Forest Service’s draft of directives for forest managers.

The committee met eight times between 2012 and 2014 to review the directives. In that time, the group covered a range of issues, including water, wilderness, climate change, and conservation concerns.

For Magagna, wilderness was one of the toughest issues the committee worked on. Each of the committee’s recommendations needed unanimous approval before it could go forward. He doubted the group would reach consensus.

“One of the directives implied that forest managers are to protect wilderness characteristics even if it means eliminating other uses in wilderness areas,” Magagna said. According to the Wilderness Act, Magagna pointed out, grazing is a protected use in wilderness areas where it was traditionally permitted.

Ultimately, everyone, including Magagna, agreed on each issue—even wilderness. “We’re not going to ignore the impact livestock are having, but we’re not going to eliminate grazing,” Magagna said. Overall, the experience for Magagna was positive.

“Everyone individually really had the spirit of wanting to reach out and find some common ground,” he said. He plans to continue working with the group to encourage and increase opportunities for collaboration in forest planning. 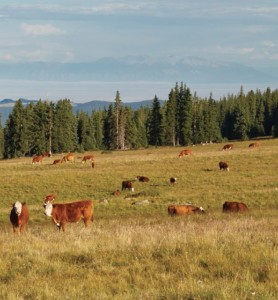 The Forest Service is currently integrating the committee’s recommendations and other feedback into the directives, and implementing the 2012 rule in eight early-adopter forests. Following their work on the directives, the committee developed a Citizen’s Guide to the 2012 Planning Rule to help the public participate in the planning process, and a Government to Government Guide to help state and local governments assume a more active role. Both of these documents are nearly complete. The Forest Service plans to continue using collaborative approaches to land planning and management.

“This planning rule is a change from how we’ve done things for a long time,” Tooke said.

He is hopeful that the agency’s new effort at collaboration has led to a more widely accepted rule, and that the opportunities for early stakeholder participation will help prevent litigation. Bringing stakeholders to the table early, he said, “can lead to more broadly supported decisions. We haven’t avoided litigation everywhere, but our belief is that the best way to go is involve as many people as possible.”

Learn more about the US Forest Service Planning Rule at http://www.fs.usda.gov/planningrule.

Kelly Hatton is finishing her master of fine arts in creative writing and environment and natural resources at the University of Wyoming and was Western Confluence’s 2013-14 Editorial Fellow.

The Bird that Tore the West Apart