“Recreation is a perpetual battlefield because it is a single word denoting as many diverse things as there are diverse people.”

Aldo Leopold, one of our nation’s founding conservationists, penned these words decades ago as though he could fathom the future. Wallace Stegner joined Leopold with this warning: “The worst thing that can happen to a piece of land, short of coming into the hands of an unscrupulous developer, is to be left open to the unmanaged public.” 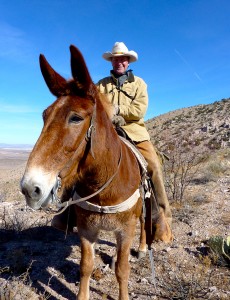 In a 1995 review published in BioScience examining uses of public lands, outdoor recreation was second only to water development projects as the culprit behind the listing of species covered by the Endangered Species Act. The traditional threats to our natural heritage—logging, grazing, mining—affected fewer species. As the opening quote by Leopold suggests, outdoor recreation is indeed one word that describes uses as bizarrely diverse as bird watching and paintball combat. A subheading in a recent High Country News cover story asked the question, “Will a growing, technologically evolved army of thrill seekers overrun every corner of the West?”

That question suggests we revisit the role that outdoor recreation plays in our new century. Clearly it is an important economic driver, particularly for rural economies. According to the Outdoor Industry Association, recreation accounts for over 6 million jobs and close to $650 billion in spending each year. Indeed, consumer spending on recreation is just behind financial services and insurance, and outpatient health care. When one contemplates the economic power in an increasingly amenity-based American West, it makes sense to consider the upsides and downsides of this important land use.

The overriding good news about our continued passion for recreating outdoors is the reconnection of people with places, water, soil, plants, and animals—what Aldo Leopold called “land.” There is no doubt that America, a society of suburbs, finds release in rural landscapes, chiefly on the one-third of our nation that is in the public domain. As we become an increasingly urban nation, recreation may be our last way to join up with the natural world—in town or in country. And, in addition to the joys nature gives us freely, reconnecting with our home planet may be an adaptive strategy. If we don’t feel nature in our souls, then we may not be interested in saving—and restoring—the natural world. The bounties of healthy lands and water have been taken for granted far too long. And just at the right time, Americans are pioneering a new form of recreating outdoors—repairing degraded lands and waters.

Obviously, recreating outdoors by rehabilitating nature will never be as widely pursued as mountain biking or jet skiing, but it is gaining in popularity. Wildlands Restoration Volunteers, in my home watershed, is just one of thousands of organizations across the nation that provide opportunities for volunteers to rebuild degraded landscapes (much of that degradation from unmanaged recreation). City, county, state, and federal agencies concede that they have neither the time nor resources to undo the damage to land health that has occurred this past century. The response of these agencies and organizations has been to mobilize the energy of legions of citizens who feel that restoring sick land is a valuable way of recreating outdoors.

This “new” recreation signals that as a society we are reconceiving ourselves as able to find true enjoyment in renewing our lands and waters. And this form of recreation does more than simply qualify as fun; it honors the most sacred connection between people and land as restorative to both.

Since I am relying heavily on Leopold in this essay, let me close with his inimitable insight to outdoor re-creation. Concerned with the “qualitative bankruptcy of the recreational process,” Leopold reinterpreted the very idea. “Recreational development is a job not of building roads into lovely country, but of building receptivity into the still unlovely human mind.” Such receptivity, he suggested, might allow us to expand our notion of recreation to include such activities as nature study, ecological restoration, and participation in conservation projects.

“[T]his sport knows no bag limit, no closed season. It needs teachers, but not wardens. It calls for a new woodcraft of the highest cultural value.”

Richard L. Knight is a professor of wildlife conservation at Colorado State University. He edited, with Kevin Gutzwiller, Wildlife and Recreation: Coexistence Through Management and Research. His latest book, with Courtney White, is Conservation for a New Generation.