Only YOU Can Prevent Zebra Mussels

Sloganeering in the age of invasive species

Everybody knows the catchphrase Only YOU Can Prevent Forest Fires. Lots of folks who spend time in the backcountry understand they should Leave No Trace. These messages—disseminated for decades by government and nonprofit organizations—have penetrated the minds of campers, hunters, anglers, and others who play outdoors. They are mental notes that remind us of how we should conduct ourselves in the wild. 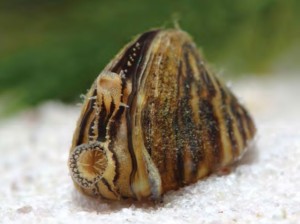 In recent decades, a new threat as insidious as wildfire has encroached upon the West: invasive species. Non-native plants and animals unnaturally introduced into new habitats can overwhelm native flora and fauna, upending established ecosystems and threatening biodiversity. And managers divert millions of dollars to hacking down Russian olive trees, spraying for nonnative beetles, or pouring poison into creeks to wipe out ravenous new fish species.

Outdoor enthusiasts are among the guiltiest perpetrators of spreading invasive species. Seed pods stuck to hikers’ clothes, mussels attached to the hulls of boats, and insects stowed away in firewood are just a few of the ways even people who desire to Leave No Trace move invasive species from place to place.

So, land management agencies are once again turning to sloganeering.

“We struggled with what was going to resonate with people,” said Erika Edmiston, the director of Teton County Weed and Pest in Wyoming. “Early on, there were a lot of ‘Wanted’ signs, a lot of negative connotations—Kill the Weeds, War on Weeds, things like that—and it just felt like that negative messaging doesn’t get people interested in what you’re talking about.”

After ten years of searching in vain for language that would engage hikers, cyclists, and others who unwittingly distribute invasive seeds, Teton County Weed and Pest unveiled a new campaign slogan: Play Clean Go.

Originally developed by the Minnesota Department of Natural Resources and backed in Wyoming by a $50,000 grant from the governor’s office, the Play Clean Go campaign includes handing out brushes to hikers and mountain bikers for cleaning invasive plant seeds off their equipment as they move from one recreation area to the next. Each tool is emblazoned with the Play Clean Go maxim. Edmiston is confident in the slogan’s potential effectiveness, going so far as to join a committee to make Play Clean Go a national organization—the Leave No Trace of invasive species awareness.

Other examples of invasive species distributed by outdoor recreators are quagga and zebra mussels, which attach to boat hulls and rapidly colonize any waterway they encounter. They have infested the Great Lakes region and over recent years have moved steadily west. To keep them out of Wyoming, the Game and Fish Department has implemented its own three-word, action-oriented motto.

Drain Clean Dry adorns all manner of media—from stickers and billboards to tweets and e-blasts—and Game and Fish officials reiterate it to boaters at check stations. Wyoming Game and Fish Aquatic Invasive Species Coordinator Beth Bear is optimistic that individuals are beginning to understand what’s at stake and the part they can play for good or ill.

“More often than not,” she said, “we hear [from boaters], ‘I don’t want it to be my boat that messes it up for everybody else. I don’t want to be the one who ruins my lake.’”

Bear said surveys show more than 90 percent of Wyoming boaters are aware of the mussel problem and know what they can do to help stop its spread. Her agency has collaborated with those in neighboring states to ensure all boaters in the Rocky Mountain West receive the same clear, simple instructions—if everyone remembers to Drain Clean Dry, Wyoming will remain mussel-free, she hopes.

Slogans like these help distribute the work of environmental stewardship to the people who enjoy the outdoors. The millions of campers who abide Smokey Bear’s mantra have preemptively snuffed out more forest fires than any agency could ever fight. Whether slogans like Play Clean Go and Drain Clean Dry turn out to be as successful will depend on how well they resonate.

Nathan C. Martin is a freelance writer from Wyoming.