Of Ranchers and Researchers

Trespassing to collect data in Wyoming is a crime

As early as 2006, employees of the environmental group Western Watersheds Project allegedly trespassed onto Wyoming ranches to gather water samples. They were looking for evidence of stream contamination from livestock, data which they intended to turn over to state and federal regulators. The ranchers claimed this was a prime example of unauthorized trespass, which not only violated their private property rights, but was particularly harmful because the information would be used to directly attack them and their agricultural operations. 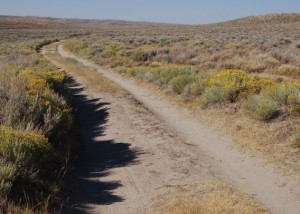 Seeking, in their words, to stop a “surreptitious and clandestine effort to ignore private property rights by trespassing,” 15 Wyoming ranchers sued Western Watersheds Project. In their complaint, the ranchers requested a court order declaring the organization’s employees had trespassed, a permanent injunction against future trespass, and compensation for damages and legal expenses. The lawsuit triggered state legislators to beef up trespassing laws in Wyoming, which critics say threatens scientific research and free speech.

Under Wyoming’s general trespass statute, a person has to know they are trespassing to get in trouble. Landowners are required to notify would be trespassers—by personal communication or posting signs—that they are not authorized on a given parcel of private land. Punishment under the statute includes up to six months in jail and/or a fine of up to $750. Some parties in the state, such as the Wyoming Association of Sheriffs and Chiefs of Police, a group that lobbied in favor of stronger trespassing laws, say this does not adequately protect landowners. Additionally, civil trespass litigation, like the action brought by the 15 Wyoming ranchers, is costly and cumbersome, says Bobbie Frank, Executive Director of the Wyoming Association of Conservation Districts, another group that called for legislative action.

In response to the alleged trespass by the Western Watersheds Project employees and concern that the existing general criminal trespass statute was inadequate, the Wyoming Legislature enacted two new trespass statutes during the 2015 legislative session. The two statutes were virtually identical, except one made trespass a criminal act under which you could be jailed and fined, and the other made it a civil violation under which the landowner could sue for damages.

The 2015 statutes increased the penalties for trespassing onto “private open land” to collect data without permission, whether or not the trespasser knows they are trespassing. Trespassing to collect data now incurs a higher penalty than general trespass. A data-collecting trespasser could spend up to a year in jail and/or be fined up to $1,000 for a first offense. Future offenses could bring a minimum of ten days in jail (and up to a year) and/or a fine of $5,000, plus a potential civil action by the owner or lessee of the land requiring the trespasser to pay damages including litigation costs.

This might have addressed the ranchers’ woes, however, some last minute amendments to the bills criminalized “entering onto open land for the purpose of collecting resource data” (emphasis added). Apparently, the term “open land” was meant to apply to data collected on private, state, or public lands, so long as trespass occurred on private land somewhere along the way. However, that intent wasn’t necessarily clear in the statute’s wording. The term “open land” got many people, including University of Wyoming researchers, wondering if they could be found guilty under these statutes of trespass on state or federal land as well as private land. 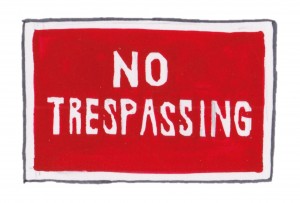 That question garnered national attention after Justin Pidot, a Denver University law professor and pro-bono attorney for Western Watersheds Project, wrote an article for the online magazine Slate suggesting a Yellowstone tourist might commit a crime by submitting a vacation photo in a photo contest. Pidot’s article highlighted the statutes’ potential stifling impact on citizen science and data collection. He and other critics argued that the statutes attempt to block whistle blowers, stifle citizen science, and protect ranchers whose livestock pollute streams with bacteria.

Pidot and Western Watersheds Project had bigger concerns, too. They, along with several other groups, filed a complaint in the Wyoming Federal District Court alleging the statutes unconstitutionally violated the protection of free speech. The “data censorship laws make criminals and scofflaws of those who collect information necessary to speak out about what they see and find on lands in Wyoming,” they wrote.

The Wyoming Attorney General’s Office tried unsuccessfully to have the case dismissed. Then, during the 2016 legislative session, the Wyoming legislature amended both statutes to remove the offending reference to “open land,” clarifying that the statutes only apply to trespass on private lands, not public land. Despite the amendments, the litigants pressed forward with their legal challenge, arguing that the statutes remain unconstitutional. In early July of 2016, Wyoming Federal District Court Judge Scott Skavdahl issued a ruling in the case in favor of the State of Wyoming, finding that there is not a constitutional right to access private lands. In his ruling, he wrote that “[t]he ends, no matter how critical or important to a public concern, do not justify the means, violating public property rights.” It is likely that Western Watersheds and the other litigants with appeal Judge Skavdahl’s ruling to the 10th Circuit Court of Appeals.

While the litigation over the amended statutes plays out, Wyoming researchers can take steps to protect themselves and the interest of private property owners. The key is to obtain written permission before collecting any data on private lands. This “will foster better communications and stronger relationships between landowners and researchers,” says Jim Magagna, executive vice president of the Wyoming Stock Growers Association. Even if the courts declare the 2015 data trespass statutes unconstitutional, knowingly trespassing on to private property is still a crime in Wyoming and still violates private property rights.

Temple Stoellinger is assistant professor in the Haub School of Environment and Natural Resources and co-director of the Center for Law and Energy Resources in the Rockies at the University of Wyoming.