Bob Keiter is the Wallace Stegner Professor of Law, University Distinguished Professor, and Director of the Wallace Stegner Center of Land, Resources, and the Environment at the University of Utah S. J. Quinney College of Law. He is a leading national expert on public land and natural resources law and the author of To Conserve Unimpaired: The Evolution of the National Park Idea; Keeping Faith with Nature: Ecosystems, Democracy, and America’s Public Lands; and The Wyoming State Constitution along with other books, book chapters, and law review articles. Prior to teaching at the University of Utah, Professor Keiter served for 15 years on the faculty of the University of Wyoming College of Law and was also a member of the Haub School Advisory Board. 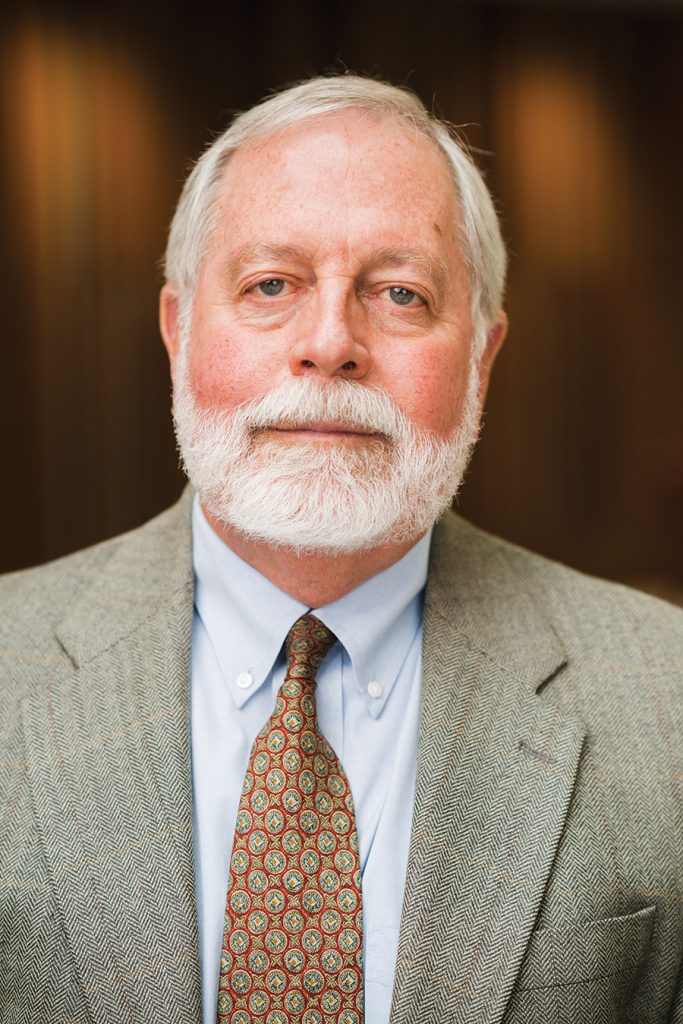 As the Director of the Stegner Center, Professor Keiter recently co-authored four legal white papers on the transfer of public lands movement (available at law.utah.edu/research/stegner). I interviewed Professor Keiter to learn more about the legal and historical background underlying this movement.

Western Confluence: Why do we call federal land “public land”?

Bob Keiter: The term “public land” has been around since the beginning. It reflects the fact that under our constitutional scheme, Congress is elected by the people and is representative of them. Congress has the power under the constitution over the federal lands; therefore, the general public is the ultimate owner of federal lands, and thus, public sentiment drives federal public land policy.

The notion of public sentiment driving public land policy has been more recently reflected in a variety of Congressional acts including the National Environmental Policy Act, the Federal Land Policy and Management Act, and the National Forest Management Act—all of which provide multiple opportunities for public engagement and public involvement in planning and decision making regarding federal lands. It is quite clear that Congress regards public engagement in these types of decisions as a critical part of resources management today.

WC: Did Congress intend to maintain ownership of federal lands?

BK: Over history, Congress never has just one policy intention. Different Congresses have different intentions, and how Congress approaches issues like public lands evolves and changes over time in response to the circumstances that Congress is confronted with.

Early on, Congress was inclined to dispose of federally owned public lands in order to promote settlement and development and expansion. It did so through a whole variety of laws including homesteading laws and the like. But, also early on, Congress decided that some of these lands merited retention in federal ownership and began to do that with establishment of the national parks and national forests during the latter part of the nineteenth century.

WC: How has Congressional intent regarding public lands evolved?

BK: Congress’s disposal policy carried forward into the 1930s when we hit the Great Depression and a severe drought—the Dust Bowl—gripped the country. During that time, it became evident that most of the attractive federal lands in the West had been acquired by settlers and there was little new homesteading. It also became evident that there was a need for more rigorous management in order to protect resources and promote economic development.

Congress and presidents started withdrawing more federal lands, and in 1976 Congress passed the Federal Land Policy and Management Act, which explicitly said that from that point on, the federal government would retain public lands in federal ownership and oversee and regulate them to promote multiple uses.

Federal public lands were initially acquired by the federal government during the 19th century, principally though treaties with foreign nations that previously claimed those lands. Federal ownership continued through territorial status and statehood. Western states never owned or had a claim of ownership to these lands. Underlying all of this was the notion, which drove Congress from the outset of the nation, that these lands had been acquired by the blood and treasure of the nation as a whole and hence belonged to the nation as a whole. In fact, the federal government was under no obligation to provide lands to the western states upon statehood, but it did in the form of school trust lands to promote a national public education policy.

WC: How does the recent transfer of public lands movement relate to the sagebrush rebellion?

BK: Since the 1970s, when a presidential administration adopts policies that impose additional regulatory restraints on the use of federal lands, or tilts policy in the direction of conservation on federal lands, some Western states and residents have pushed back against that basic policy choice in the form of movements like the sagebrush rebellion. The sagebrush rebellion was the first modern manifestation of this sort of federal/state conflict over the federal lands. It arose after the adoption of the Federal Land Policy and Management Act and the additional regulations that it imposed regarding things like livestock management on public lands, the recognition of wilderness as an acceptable use on BLM public lands, and other provisions that were regarded as making it more difficult for ranchers or imposing additional regulations for development purposes.

WC: How have the sagebrush rebellion and similar movements evolved through time?

BK: The movement has taken different tacks over time. The sagebrush rebellion was based on the argument that the states rather than the federal government own these lands, a proposition soundly rejected the by the courts. The 1990s saw the growth of the wise-use movement. Wise-use movement supporters argued that state and local governments were entitled to control or dictate policy on the public lands and that the federal land managers would have to adhere to local preferences. Again, that notion was soundly rejected by the courts at the time. More recently, during the Obama administration, we saw the rise of the transfer of federal lands movement, which was predicated upon the idea that there somehow was an obligation on the part of federal government in the original statehood acts to transfer the ownership of federal public lands to the states. That argument has not really gone anywhere politically or in the courts. Although the State of Utah has threatened to sue, it has thus far not filed a lawsuit and seems at the moment inclined to back away from litigation and to seek a political remedy during the Trump administration.

WC: Could Congress decide to transfer some or all of the public lands to the states?

WC: Is that scenario likely?

BK: I don’t think so, for a number of reasons. It is quite difficult to get any kind of legislation through Congress generally and this specific type of legislation would incur an awful lot of opposition. I suspect the opposition would not be solely along partisan lines. Federal lands are an extraordinary asset to the nation as a whole and, among other things, generate substantial revenues for the treasury primarily through energy development. I don’t know why in this era of budget deficits, a representative from an eastern or a southern state would agree to just transfer those lands to Utah or some other western states.

WC: Do you have concerns about the transfer of public lands Movement?

BK: What worries me most is that it diverts attention away from the difficult resource planning and allocation issues that we face on federal lands and undermines the opportunity to collaborate locally to try to resolve some of these issues. It holds out the false hope that somehow there is a legal argument that would result in the transfer of these lands when that is highly unlikely.

WC: What would be the impact to states if federal lands were transferred?

BK: As a result of the interest that the Utah legislation generated, a number of other states adopted somewhat similar legislation, several of which called for studies of what the economic implications of transfer of federal lands to the states would be. Pretty much across the board, the conclusion was that it would be a net economic loss to the states rather than a gain. The only way it could potentially pencil out is if the minerals were transferred along with the surface ownership, which is highly unlikely given the long history of the federal government reserving mineral rights even when it earlier conveyed land to the states. Even if the minerals were transferred, it would still be very hard for the bottom line to work out positively given the costs that the states would have to assume.

At the end of the day, to try to make this work out economically, states would have tremendous incentive to either pursue all-out development on these transferred lands, or resort to selling them, which would take them out of public ownership and change the character and culture of the West.

Temple Stoellinger is a faculty member in the University of Wyoming Haub School of Environment and Natural Resources and the College of Law.

Leave a Reply to Editor