In late June of 2012, the Fontenelle fire ripped across the Wyoming Range, torching forests and shrublands. John Chrisman’s federal grazing lease, 18 miles west of Big Piney, Wyoming, was directly in the path of destruction. As the big skies of Wyoming filled with smoke, Chrisman rode up from his homestead and rousted his livestock from summer federal leases, racing to herd them back to his ranch.

The 64,000-acre fire engulfed and scorched his entire lease, as well as those of six other grazing permittees. Like many of the producers in the Big Piney area, Chrisman’s ranching outfit depends on grazing land leased to him by the federal government. Following the blaze, Chrisman knew that the Forest Service would likely ask him to keep his animals off the allotment for several years to let the vegetation grow back—a death sentence for his livestock operation.

Before Chrisman could worry, he received a call from Chad Hayward, the local Forest Service natural resources specialist. Since Chrisman could remember, he’d been stopping by Hayward’s office to have a cup of coffee and chat. Hayward had a plan that would save Chrisman’s ranch and restore the pastures destroyed in the fire. 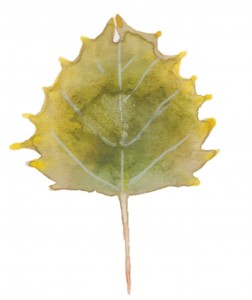 Wildfire has always smoldered across western landscapes, but now the combined forces of fire suppression and drought are making it much more frequent and intense. Wildfires now burn hot enough to destroy large stands of pines, sagebrush, grasses, and aspens; scorch soils and seedbeds; and leave a moonscape of ash. Such a burned landscape is prone to erosion and vulnerable to invasive species, unable to regrow healthy plant communities. Grazing cattle in the growing season following a fire only makes things worse.

But livestock producers, already wrestling with the narrow profit margins of the business and long-term drought on arid rangelands, need this grazing land. A fire that destroys their federal grazing leases also threatens the survival of family businesses and rural communities. A federal land manager’s decision to rest a pasture for post-fire rehabilitation could spell financial ruin for a rancher. Hayward wasn’t about to let that happen. He saw an opportunity for both the livestock producers and the ecosystem to thrive.

It was up to Hayward to restore the post-fire landscape. His task was to get the forest to once again cycle nutrients, capture carbon, and filter water. And he needed to provide something for the cattle to eat and grow fat on, too.

The best course of action was to rest the pasture from grazing for several years, and that meant he needed to find somewhere else for Chrisman’s livestock. To overcome this first hurdle of the recovery, Hayward picked up the phone, calling colleagues in federal, state, local, and non-government organizations. Eventually, he secured unused pastures on a Wyoming Game and Fish habitat management area and on vacant, unburned Forest Service parcels. He also found a permittee on an unburned lease who offered to allow some of his neighbors’ cattle to share his pasture. Hayward pulled together enough grazing land for all six permitees who had lost their allotments in the Fontenelle fire.

Next, he brought together a consortium of federal, state, local, and non-government partners to restore the forage and other plants on the burned pastures. The Wyoming Game and Fish Department monitored the vegetation to assess the return of native plants and catch weed infestations. The Rocky Mountain Elk Foundation and the Wyoming Landscape Conservation Initiative funded weed treatments. The Wyoming Wildlife and Natural Resources Trust and Exxon pitched in to replace the burned down fences.

The restoration aimed to promote aspen regrowth and provide lots of high-quality forage for livestock in the understory. Hayward and his collaborators decided to rest the units from grazing long enough for the aspen and hollyhock communities to establish. For that to happen, they needed rain.

Fortunately, 2013 and 2014 brought above-average precipitation. Just two years after the fire, Chrisman moved his cattle back onto his old pasture. What he saw was nearly incomprehensible. The fire and the restoration “opened up country that has never been that way in my lifetime,” he said. The hollyhock was everywhere, and his cattle took a liking to it. Chrisman found aspen saplings with leaves “as big as a baseball cap.”

Furthermore, the grazing unit seemed to have not only fewer weeds, but also enough quality forage to support more cattle than it did before the fire.

Chrisman attributes the success to the communication between government agencies and ranchers in the Big Piney area. “We’ve always been able to sit down and figure out who’s got the best idea.”

Hayward agrees. He says relationships forged among agencies and landowners long before the fire drove the cobbled-together response. Given that long-term forecasts suggest increasing fire across the intermountain west, especially as the climate warms, he hopes other communities can respond similarly. He believes the impetus is on land managers to create relationships that will set them up for successful collaborations and teamwork.

This takes legwork ahead of time, he warns. Agencies need to allow their land managers flexibility. And land managers need to plan ahead. Federal land has to go through a full environmental assessment before it can be grazed.

Despite these difficulties, Hayward, Chrisman, and the livestock producers and natural resources staff in Big Piney proved what can happen when everyone gets on board and works together. “It works too damn smooth not to have this be the model throughout the west,” Chrisman said.

Ryan Oberhelman received his master of fine arts in creative writing and environment and natural resources at the University of Wyoming. He is the vegetation manager for Wallowa County, Oregon.