A refinery town redefines itself as an outdoor playground

A flash of red bobs in the North Platte River at the Casper, Wyoming, city limits. It dips under the water and emerges in a spray of white. Behind it, another flash of color, and where the water calms, two kayaks come to rest, floating gently toward downtown Casper. It’s an unexpected sight in the Oil City of the Plains, adjacent to the old Standard Oil Refinery location.

Casper was built on extractive industries, mostly oil and gas. Oil prospectors drilled the first well just north of the town in 1888. By the next year, oil from the Salt Creek Field was flowing into Casper to be sold to the railroad. The refinery opened in 1895, making over one hundred barrels of lubricants a day. In 1922, Casper’s Standard Refinery was the largest in the world by volume, producing 615,000 barrels of gasoline a month. 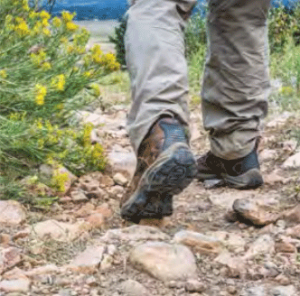 It took almost a century for the refinery’s fate to change. By the 1980’s, production slowed considerably. The last barrel of oil was refined in 1991, and the refinery shut down after 77 years. The structure remained an eyesore until 2002, when, following a citizen lawsuit over pollution, BP and the state of Wyoming signed a remedy agreement and began a cleanup. That led to a transformation.

The refinery site, still slowly recovering from contamination, is now the Platte River Commons, home to a golf course, wildlife viewing areas, and the Platte River Trails, a 10-mile complex along the North Platte, conserving riverside bird habitat, protecting the river corridor from future development, and providing a paved trail system for bikers, walkers, and joggers.

The Casper Whitewater Park, where those kayakers bob along, is part of the commons. It’s a half-mile stretch of the North Platte River with four artificial rock structures that create turbulent water: a free, in-town playground for whitewater enthusiasts.

Casper, a town people usually pass through (the Oregon, Mormon, and California Trails all intersect it), is redefining itself as a place where you not only stop before moving on, but also stay and play. The refinery’s transformation is just one of many ways Casper is branding itself as a healthy place to visit and live, a place with vast recreational opportunities. At the center of the state, Casper wants to be known not just as the oil city, but now as Wyocity (intended to rhyme with velocity), a town with a new pace and direction.

Many Wyomingites consider Casper’s mall, the largest in the state, the main attraction the town has to offer. Some Casperites are working hard to change that image. Beyond where the old refinery stood, Casper has mountains, rivers, and reservoirs waiting for the outdoor enthusiast. 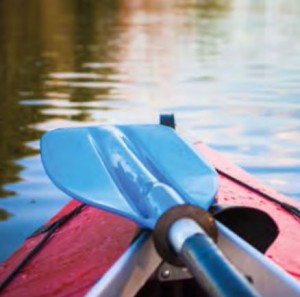 Shawn Houck, Marketing Adviser to the Casper Visitors Bureau says, “People didn’t in the past have an opinion about why they wanted to come to Casper. We’re answering that. We are excited to fill in the blank for people.”

One answer: An extensive trail system, created by citizens, all around the city. “The development of our outdoor trails system has really made a big difference in how people can become more actively engaged, recreationally, here in Casper,” says John Giantonio, Director of Sports and Events for the Casper Visitors Bureau. “Whether it’s the trail system along the river and through the downtown area or the single track trails on Casper Mountain, Squaw Creek, or Muddy Mountain, this provides a great opportunity for people to hike, mountain bike, fat bike, snowshoe, or Nordic ski during the year.”

Casper Mountain boasts Hogadon Ski Area’s 24 ski and snowboard runs, as well as 26 miles of groomed Nordic trails (also a citizen-led effort), all just eight miles from downtown. A new Casper Mountain Biathlon Complex is under construction. Adjacent to the current trail system, the complex will have a biathlon shooting range big enough for 30 racers at a time, and will host sanctioned Nordic and Paralympic events. 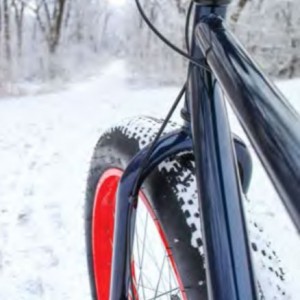 Cathy Rosser, the Managing Director of the Casper Biathlon Club, calls Casper Mountain’s trails, “a hidden gem, so we are building upon a great system.” She ticks off the reasons Casper Mountain is an ideal place to have a biathlon training center: “It’s a great training elevation. Casper Mountain has consistent early and late season snow. The road going up the mountain is good. And it’s close to a freeway and an airport.”

Trails on Casper Mountain and surrounding areas also attract mountain bikers and fatbikers, who ride on snow as well as dry trails. That scene has bred groups like Fat Fish Racing, an amateur race team that also organizes local competitions, and has built a community of mountain bikers in Casper.

Casper Mountain is also the site of the Casper Strong Adventure Race, which started in 2014. Racers undertake a 7- to 12-hour solo adventure challenge. They start at the North Platte River, run 12 miles up 3,000 vertical feet to the top of Casper Mountain, compete in challenges such as archery, then mountain bike back down to the river, and finish by taking inner tubes through the Casper Whitewater Park. The race is growing in popularity, attracting contestants from around Wyoming and the country.

Nothing defines Casper’s burgeoning outdoor recreation scene more than its river. The North Platte, the gem in Casper’s crown, has some of the best fishing in the world. American Angler magazine named Casper’s section of the North Platte River the “#1 Big Fish Destination in the World” in 2005, and the Wyoming Game and Fish Department designated it a Blue Ribbon Trout Stream for its high quality recreational fishery. The state, county, Bureau of Reclamation, and local fishing guides meticulously manage the river’s trout habitat. The North Platte has roughly 4,000 brown, rainbow, and Snake River cutthroat trout per mile.

And it’s not just the streams that lure outdoor enthusiasts. Casper’s clear skies are another natural attraction. Early oil barons who hauled oil into Casper in horse-drawn wagons could have never imagined that visitors would flock to the town not for oil or cattle, but for something far more ephemeral, a total solar eclipse.

On August 21, 2017, Casper will be one of the best spots in the country to view a total solar eclipse, the first such event visible in the continental U.S. since 1979. Casper lies in the center of the eclipse’s path, meaning people there will see the moon totally block out the sun almost directly overhead for two and a half minutes. The city, in partnership with the Wyoming Office of Tourism, is planning a four-day festival around the eclipse, and expects to attract 70,000 visitors, enough to more than double Casper’s population.  Hotel rooms and campsites are already hard to find. Dan McGlaun, who travels the world to view eclipses, says, “The eclipse excitement will be crazy. Everyone who lives in Salt Lake or Denver needs to come to Casper for this eclipse.”

Casper, like many rural western towns, is learning to embrace its own outdoor recreation opportunities for their economic value and to improve quality-of-life for its citizens. 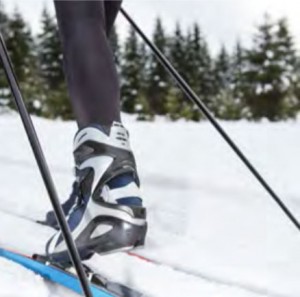 “You see more people out on their bikes year round here,” says Elliott Ramage, member of the Platte River Trails Board. “There are recreation events that appeal to outdoor lovers happening constantly and year round.” Casper citizens themselves, alongside visitors, are taking advantage.

“We are not only an energy town,” Giantonio of the visitors bureau says, “We are the central heartbeat for energy production, but we aren’t just an energy town.”

Nina McConigley is a writer and assistant professor in the University of Wyoming Honors Program. Find more of her work at ninamcconigley.com.

Terror in the Backcountry