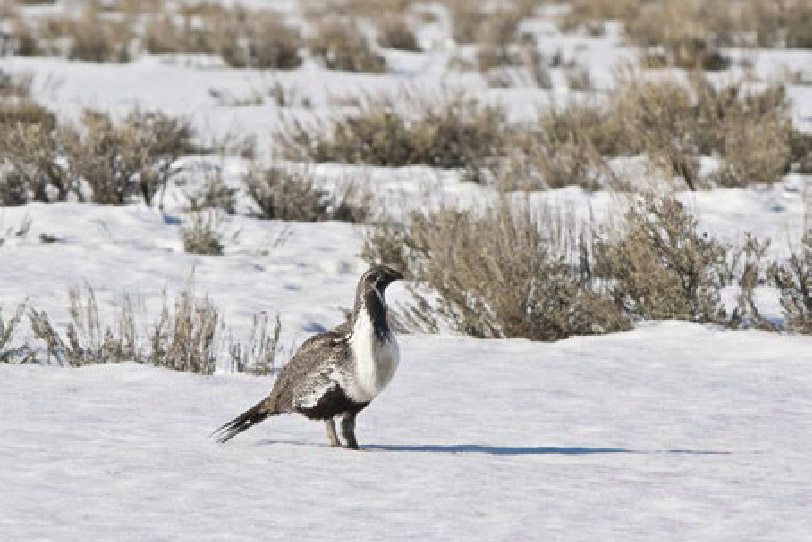 The Upper Green River Basin of Wyoming, at the headwaters of the Colorado River, is laced with clear running streams and fosters abundant habitat and some of the most robust greater sage grouse, mule deer, and pronghorn populations in the world. With steady projected population growth for Pinedale, the seat of Sublette County in the heart of the basin, and some of the country’s most significant natural gas fields, the area needs solutions that keep working lands productive while protecting at-risk habitats. That’s where a “conservation exchange” comes in.

One at-risk species in the basin is the greater sage grouse. The U.S. Fish and Wildlife Service (the Service) must decide whether the greater sage grouse warrants listing under the Endangered Species Act. Across the West, land management agencies, wildlife agencies, private landowners, and others are racing against the clock to get regulatory structures and on-the-ground conservation in place. Their hope is to convince the Service that the sage grouse can thrive under current management and does not need the additional protection that would come with being listed as a threatened or endangered species. A listing could impede some activities in sage grouse habitat including agriculture and energy development.

Many sage grouse conservation efforts have focused on breeding areas known as leks, most often found in dry upland areas, 80 percent of which are on public land. However, after breeding, sage grouse move to wetter areas to raise their broods through the summer. Private lands in the West are often found along rivers and streams, as homesteaders put down stakes where they had ready access to water. These areas are also critically important to wildlife. A recent study by the Sage Grouse Initiative, a public-private partnership of ranchers, agencies, universities, non-profit groups, and businesses launched by the Natural Resources Conservation Service, found that more than 80 percent of these essential wet habitats are on private lands. So while sage grouse conservation on state and federal lands is very important, private land conservation cannot be ignored.

Wyoming, home to nearly half of the greater sage grouse’s remaining habitat, is critical to the species’ recovery. A full 40 percent of the bird’s habitat in Wyoming is on private lands, so ranchers and other private landowners are looking for ways to conserve these habitats.

A few years back, landowners in the Upper Green River Basin in Wyoming stepped up to find ways to put a value on the benefits provided by their lands. To this end, the Sublette County Conservation District, the University of Wyoming, The Nature Conservancy, and the Environmental Defense Fund teamed up to support landowners in their efforts to develop the Upper Green River Conservation Exchange. Together, this group began designing a marketplace that would establish an economic value for healthy, intact wildlife habitat and water resources on private lands.

The basic idea of the conservation exchange is that ranchers who conserve good habitat and other natural resources can sell those values, in the form of credits, to energy companies or other developers seeking to offset unavoidable impacts of development. For example, if an energy company plans to drill a well in sage grouse habitat in one part of the Green River Basin, it would first try to avoid or minimize impacts to grouse to the fullest extent possible, such as by modifying the project. To offset unavoidable impacts, the energy company could then buy credits from a rancher who voluntarily agrees to maintain and enhance sage grouse habitat nearby in the basin. The amount of habitat protected should more than offset the direct and indirect impacts on the bird and its habitat. This would help the energy company protect wildlife, and reward the landowner for providing sage grouse habitat. In addition to benefitting both landowners and developers, the exchange would support the wildlife and open landscapes that characterize the basin. Conservation investors interested in supporting sage grouse habitat, such as sportsmen or non-profits, could also purchase credits in the exchange. 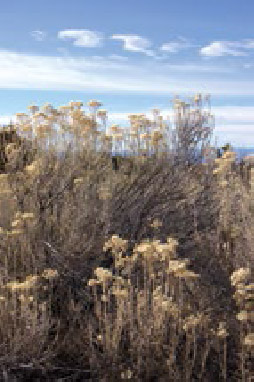 In early 2014, the participants in the Upper Green River Conservation Exchange recognized the opportunity to scale up to a statewide Wyoming Conservation Exchange to generate additional conservation for greater sage grouse. Critically, a statewide exchange would allow landowners throughout the state to participate in mitigation efforts in close proximity to proposed land disturbances. As this effort has evolved to a statewide platform, it has attracted additional involvement and support from stakeholders like the Wyoming Stock Growers Association and the Wyoming Association of Conservation Districts.

The tools and standards of the Wyoming Conservation Exchange are modeled after conservation banking, which is used to protect lands and offset adverse impacts to threatened or endangered species. The exchange will have programmatic features and standards like a Habitat Quantification Tool used to measure and assess sage grouse habitat, placing the highest value on healthy, unfragmented habitat. Eventually, the Wyoming Conservation Exchange can expand to protect more than just sage grouse habitat. Tools are in development for mule deer habitat and hydrologic services as well. The Habitat Quantification Tool uses a set of measurements and methods to evaluate vegetation and environmental conditions related to habitat quality and quantity. Energy companies and other developers that need to mitigate the unavoidable impacts of their projects can use the tool to calculate pre- and post-conditions on both development sites (debits) and habitat improvement sites (credits).

In the coming months, the Exchange partners will hire an Exchange Administrator and establish pilot projects. Much work is need to get the program off the ground, but if all goes as planned, a pilot version of the Wyoming Conservation Exchange will open for business in 2015.

The Wyoming Conservation Exchange will complement ongoing state and federal efforts to protect sage grouse. For example, Wyoming’s “Core Area Strategy” supports grouse protection on key habitat areas and concentrates development elsewhere. And the Bureau of Land Management is incorporating sage grouse regulatory mechanisms in its revised Resource Management Plans. The Wyoming Conservation Exchange will complement these strategies by rewarding landowners for bolstering habitat on private lands. The Exchange can also be used to complement the measures required by the Core Areas Strategy and the Resource Management Plans by offsetting any unavoidable impacts that remain after onsite mitigation efforts. Because offsetting or “compensatory mitigation” generally requires that offsite habitat improvements are greater in value than the onsite habitat destruction, in theory the Wyoming Conservation Exchange has the potential to actually increase the overall extent of sage grouse habitat.

As the Service reviews whether to list the sage grouse as a threatened or endangered species, it will be evaluating whether states have adopted regulatory mechanisms adequate to ensure the grouse’s survival. In its recent “Greater Sage-Grouse Range-Wide Mitigation Framework,” the Service emphasized how important it is for states to develop robust mitigation programs that provide for no net loss and even net gain of sage grouse habitat. In the Mitigation Framework, the Service specifically recognized how conservation exchanges can help address these needs.

The Service, along with the Wyoming Department of Game and Fish, Wyoming Office of State Lands, Wyoming Department of Environmental Quality, Bureau of Land Management, and Natural Resources Conservation Service, is currently reviewing the Wyoming Conservation Exchange proposal. If the application is approved, the Service and any other approving agencies will formally recognize sage grouse habitat conservation undertaken through the Exchange.

Sara Brodnax, the Habitat Markets Manager for the Environmental Defense Fund, works to develop incentives for conservation and stewardship of working farms and ranches. She is based out of Washington, DC, and spent summer and fall 2014 in Wyoming.

Kristi Hansen is Assistant Professor and Extension Water Resource Economist in the Department of Agricultural and Applied Economics at the University of Wyoming. Her research focus includes environmental markets and payment for ecosystem services programs.

Jen Lamb is the Southwest Wyoming Program Director for The Nature Conservancy in Wyoming. She works with landowners, agencies and other partners to conserve healthy working landscapes.