The Rancher Who Wished for a Beaver

“They’re really beneficial, to get the shrubs in, get the water up.” 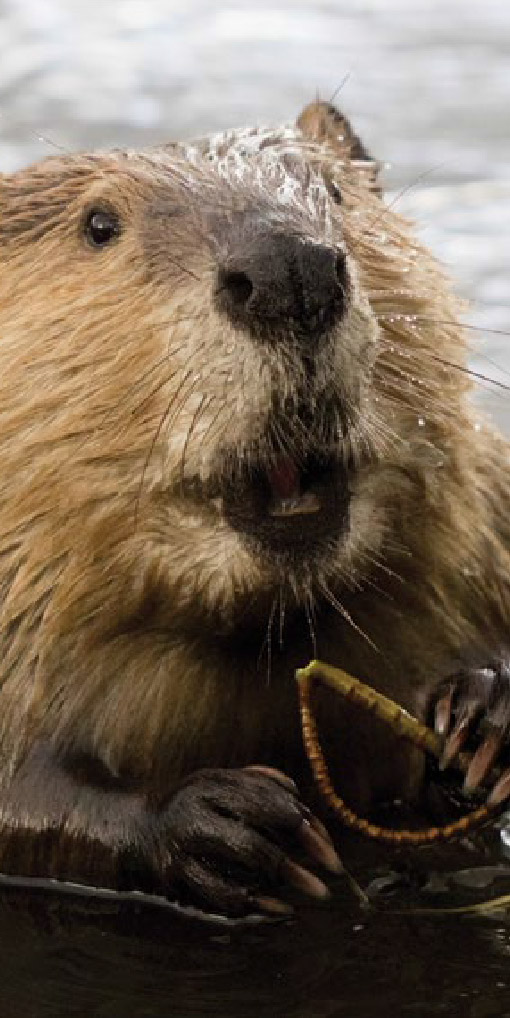 Clyde Woolery, a rancher near Kinnear, Wyoming, wishes he had more beavers. In 2011, he called the Wyoming Game and Fish Department and asked if they could live trap a beaver and transplant it to his ranch.

Many landowners fight with beavers. Like humans, beavers manufacture a landscape to suit their needs. Take this scenario, for example. A rancher installs a culvert under a road leading to a pasture. A beaver dams the culvert to make a pond, flooding the road. The rancher dynamites the dam. The beaver rebuilds. And so on. Many ranchers see a beaver as a headache, but for landowners like Woolery who have no beavers, that sentiment is changing.

Since beavers reached near extinction around the turn of the twentieth century, trapping limits have helped beaver populations recover, but not to the levels they used to exist in Wyoming. That’s why organizations like Wyoming Wetlands Society, with cooperation from the Wyoming Game and Fish Department, have been moving live beavers to places they won’t come into conflict with human structures, and educating landowners about the benefits beavers provide.

Bill Long, the program director of Wyoming Wetlands Society, says that beavers can establish new wetlands and make existing wetlands work better. “Cleaner, colder water comes out of beaver dams,” he says. “They’re a keystone species.” Beaver dams raise the water table and increase water quality by slowing down the flow and filtering the water, Long says. That helps establish willows and other shrubs, which are good habitat and browsing for animals including livestock.

After all, “it’s been said many times before, they’re nature’s engineer.” He says wetlands benefit ecosystem health and even boost biodiversity. “They’re doing good things. Whether it be for cutthroat trout or for cattle, they’re good for the system.”

When a landowner has a problem beaver, Long’s group live traps it and moves it to public land, usually national forests. Wyoming Wetlands Society has been moving dozens of beavers each year since 2004. Game and Fish reacts to isolated phone calls, also moving troublesome beavers to public and sometimes private lands.

And, meanwhile, ranchers like Clyde Woolery wish for a beaver. In a state looking for ways to store water in an arid landscape, beavers could help. A program for landowners to request beavers could be one step toward healthier wetlands for people, livestock, fish, and ecosystems.

Woolery believes he’s not alone in his dreams of bringing beavers back to his ranch. If Game and Fish streamlined a way for landowners to get on a beaver request list, Woolery thinks there would be demand. He says Game and Fish agreed to bring him a beaver once he could get willow established closer to his creek. “The coyotes get them, if they have to go too far for willow,” Woolery explains. He’s on beaver hold until then.