How does a local ski hill prepare for an uncertain future?

I’m a third-generation Bridger Bowl skier. My grandparents taught my dad to ski here, and I hope someday I’ll teach my grandkids on these same slopes. There’s even a run at Bridger named after my Grandpa Buck. But it’s hard to say how this or any other ski area will be doing a few decades from now. Winter snowfall is sporadic, and the slopes have been melting earlier in the spring. Ski hills of all sizes, especially small ones, struggle to remain viable businesses and to keep their customers happy.

Which is why, at 6:30 on a summer morning, as a pink moon hovers over the Bridger Mountains I stop for coffee in Bozeman, Montana, and then drive up the canyon. The mountains are dark, ominous-looking shadows in the haze of summer wildfires. This smoke is a sign of the big environmental changes on the minds of skiers like me, as well as of ski area managers. I’m headed to Bridger Bowl during its off season to meet with general manager Randy Elliott and to ask: how does a local ski hill, especially one so critical to Bozeman and the surrounding community, prepare for an uncertain future?

Since Bridger opened in 1955, Bozeman has been a skier’s town. Students flock to Montana State University to ski here and at nearby Big Sky. A blue beacon on Bozeman’s historic downtown Baxter Hotel lights up when Bridger reports more than two inches of fresh powder. When it flashes, some shops close their doors as their staff heads to the mountain. This morning five of the ten vehicles parked in the coffee shop lot sported the tiny round Bridger Bowl sticker I have on my own car. 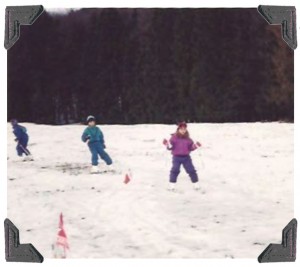 Ski areas like Bridger bring more than just quality of life to the nearby communities. They also bring jobs and an economic injection to what are often small, rural towns. Tourism, including winter skiing, is Montana’s second largest industry after agriculture. Over the 2013/14 winter, travelers brought about $735.3 million into the state’s economy. Nearly 30 percent of them listed snowsports as their reason to vacation in Montana.

“This is a substantial economic driver,” according to Dustin de Yong, Montana Office of Tourism and Business Development.

“Skiers generally stay longer and spend more on average than other visitors,” says Daniel Iverson, a public information officer at the Montana Office of Tourism. Nationwide, snow-based recreation contributes about $67 billion per year to the economy and supports over 900,000 jobs.

To stay in business and keep serving their local towns powder days, jobs, and a steady flow of tourists, Bridger and hundreds of other ski areas like it across the country require two ingredients. They’ve got to have snow, and they’ve got to have skiers. Both are getting scarcer. The year 2014 was earth’s warmest since 1880, according to two separate studies by NASA and National Oceanic and Atmospheric Administration (NOAA) scientists. Of the 19 cities that have hosted the Winter Olympics, as few as half might be cold enough in 2050 to host them again. By 2100, that number shrinks to six.

Shrinking skier numbers are also a concern. According to the Kottke National End of Season Survey, four out of five people who try skiing quit. By 2020, skiers’ visits will have dropped by almost one-third since 2008.

Those declines in customers mean it’s harder for ski areas to stay in business. Of the 735 ski areas open throughout the U.S. in the 1980s, only 470 are still operating. Bill Jensen, former Vail Resorts exec and CEO of Intrawest, a developer and operator of destination resorts and a luxury adventure travel company, has predicted 150 of these resorts won’t last long, and another 150 might close in the next decade.

In the face of these challenges, what’s a ski area to do? Under the smoke-filled sky, I park my Subaru between a couple of well-used trucks in the parking lot and head upstairs to meet with Elliott. As I walk into his office, he turns off the radio he has strapped across his chest. He’s a soft-spoken guy, and he greets me with a strong handshake. He’s wearing a black Bridger Biathlon baseball cap. Elliott has agreed to explain to me how he thinks about this ski area’s future and share his insights into what Bridger Bowl is doing to prepare for the future in the face of diminishing snowpack. 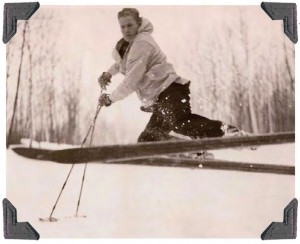 Despite seeing “winters becoming more mild,” Elliott thinks long-term when it comes to improving Bridger—he’s planning with the next 50 years in mind, “at least on some level.”

Elliott is planting trees to replace those dying from pine beetles, and working on the trails so that they can keep them open with as little snow as possible. And he’s made some innovative upgrades. “We put in a high-tech wood fire boiler for the shop that uses fuel from dead and dying trees on the slopes. All the trees are two hundred years old, near the end of their lives, so we’ve been planting new ones and using the dead ones for the boiler,” says Elliott.

I also spoke to Doug Wales, Bridger Bowl’s marketing director, on the phone last June. He emphasized Bridger’s efforts to be smart about water, electricity, and other resources they use. Bridger recycles and composts. They offer a free bus system for employees and guests. Wales has also linked up with the Western Transportation Institute on a 1,200-participant transportation study to measure the carbon people burn to get to Bridger and look for ways to reduce it. Beyond these sustainability efforts, Bridger and other hills also use their voices to push for political action, especially leading up to the Paris Climate Talks.

“Ski areas all do have one thing in common, and that is snowfall and preserving winters,” says Wales. “If we want to keep the viability of the industry going, having a strong lobbyist voice is important.”

Some ski areas link up with groups like Protect Our Winters, an organization founded by pro snowboarder Jeremy Jones, or the National Ski Areas Association (NSAA), a trade association for ski area owners and operators. The NSAA’s program, Sustainable Slopes, provides an overarching framework for ski areas on sustainability and enhanced environmental performance. These groups also lobby Congress to take climate change action.

“We do need to be vocal, and to say, hey, we are seeing some of the first impacts of climate change that are really noticeable in our industry,” Wales says, “so therefore we need to see major changes throughout the world in terms of our practices.”

But Bridger’s position is somewhat unusual. Bridger had its third best season on record in 2014/2015, thanks to locals and a steady stream of out-of-state visitors, some of whom may have been diverted here from ski areas in California and elsewhere closed due to lack of snow. Because of Bozeman’s growth and its high elevation, Bridger Bowl has a promising future.

Before leaving the hill that day, I walk to the place where, as a kid, a rope tow lurched me up the bunny hill. It was in this spot that I decided when I grew up I would live in Bozeman and New Zealand so it would be winter all the time. That hasn’t happened, but I do teach skiing, and next winter I hope to instruct at Bridger, and to experience those steep chutes, fields of waist-deep powder, and the hill’s community that my family has been a part of for over 60 years.

“We’ve got a good mountain, good elevation,” Elliot says, so in the short term at least, places like Bridger may see a boost in visits from those people who still love to play in the snow, but can no longer find it closer to home at lower elevation areas.

“Montana’s winter recreation economy has weathered the impacts of a changing climate well,” says Meg O’Leary Director of the Montana Department of Commerce and former Director of Sales and Marketing at Big Sky Resort.

Meanwhile, carbon emissions, unpredictable winters, and diminishing snowpack are “a global problem and I think the solution is something that has to be at a fundamental level of society,” says Wales.

Ski areas can only hope that other industries—including those with less of a stake in powder days—follow their example to reduce waste, find alternative energy sources, and cut away carbon emissions, whether it’s for marketing or for any other reason.

“We [ski areas] are not even a drop in the bucket when it comes to impact,” he adds. “To shift all this attention towards the ski industry itself and say you’ve got to correct this problem—that’s naïve. We represent the canary in the coalmine.”

Maria Anderson is pursuing a master of fine arts in fiction at the University of Wyoming. She lives in Laramie, where she is an editor at Essay Press. Find her online at twitter.com/mariauanderson.