The Northern Yellowstone Cooperative Wildlife Working Group, an interagency collaboration between Yellowstone National Park and Montana Fish and Wildlife, began counting elk on Yellowstone’s Northern Range in 1961. Counts are taken from the air one day a year. 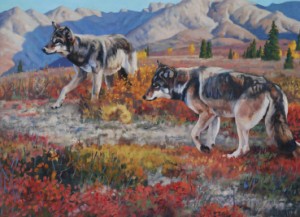 This population migrates seasonally, often to interior parts of the park. Gaps in data represent years when poor visibility conditions made for abnormally low counts. These counts represent an absolute minimum and estimates that actual populations are 20-50% greater than the annual count, depending on conditions.

In this data set, wolf populations from 1995-1998 included all wolves in the Greater Yellowstone Area, whereas the data post-1998 counts only wolves in Yellowstone National Park. In addition to hunting pressure from wolves, factors such as hunting, severe weather, and other predators also influence the fluctuating population of elk in Yellowstone. 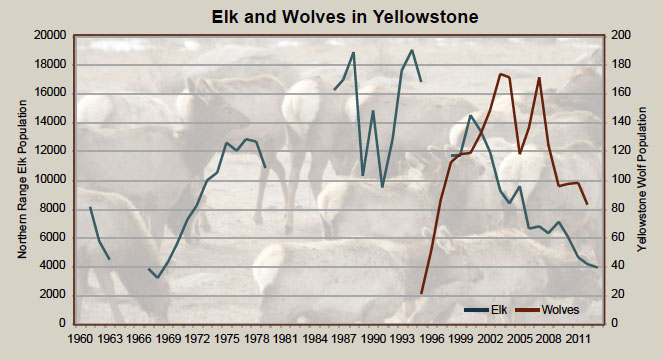 “Regen”: An ecologist’s retrospective on the wildfires of 2012

The ecology of fear: Elk responses to wolves in Yellowstone are not what we thought