In From the editor

Western Confluence has grappled with some controversial topics, but as the editorial crew planned this issue, a focus on endangered species felt especially fraught. Whether it’s wolf management, grizzly bear delisting, or the diminutive but powerful Preble’s meadow jumping mouse, everyone has a position and a team. It’s hard to imagine a more contentious topic in Wyoming. But as I read through the stories in this issue, a different c-word kept popping up: collaboration. 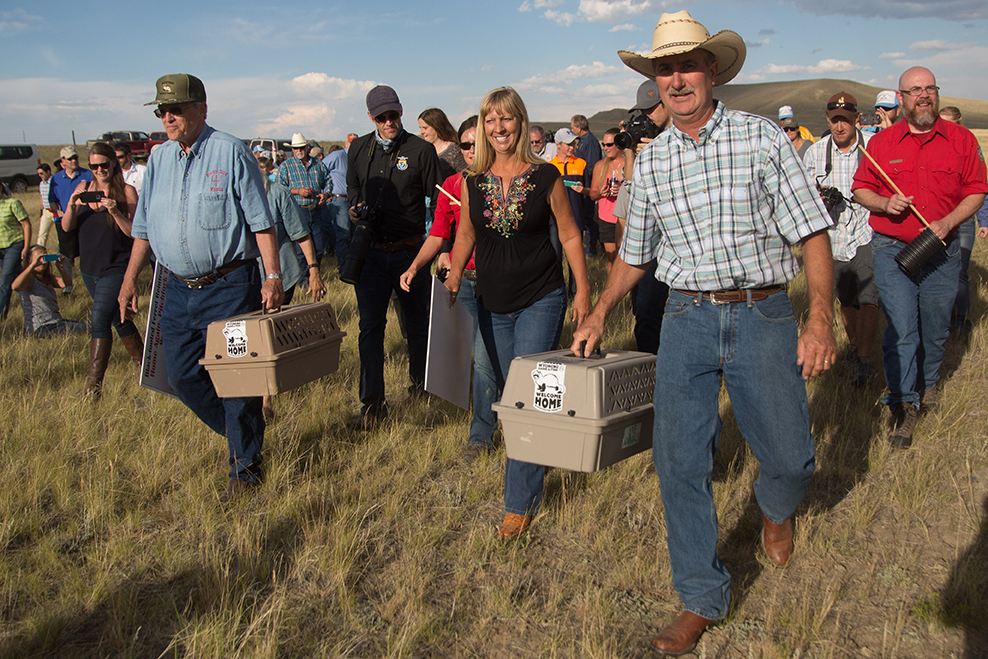 Although we in the Ruckelshaus Institute believe in the power of collaboration, we did not charge the writers to explore endangered species through that lens. So it’s significant that it’s there nonetheless. The story of collaboration in bringing back black-footed ferrets from the brink is an exemplar. Sara Kirkpatrick writes about a ranch dog near Meeteetse, Wyoming, that delivered a dead ferret—a species thought to be extinct—to its owner’s doorstep, revealing that private lands still harbored the creatures. Now, willing private landowners, protected from risk and engaged through collaboration, are key to growing the wild ferret population (and in Buffalo, Wyoming, sage grouse too, as Maria Anderson reports). Even in Oregon, where the northern-spotted-owl saga fractured communities for decades, writer Courtney Carlson found that stakeholders are collaborating to find irrigation solutions that sustain both fields and amphibians. From frogs to sage grouse to ferrets, collaboration is more than just the least worst option. Many of the stories in this issue reveal that collaboration may well produce the very best option, for people and imperiled species.

This issue also shows that, more than ever, society needs different approaches for endangered species conservation in a rapidly changing world. Climate change, disease, and small population sizes are straining bull trout, bat, and bighorn sheep populations. We stand to lose too much. As our guest creative writers Alec Osthoff and Charlotte Austin note, when we lose species, wildness, and even access to quiet, we lose part of our humanity. The well-worn model of lawsuits and more lawsuits abdicates our responsibility to figure it out together, leaving critical biological and economic decisions to the courts. Our growing human footprint, the need for economically prosperous communities, our innate desire for connection to each other and to wildness—all beg for radical solutions.

As Emilene Ostlind concludes in her story on efforts to improve the Endangered Species Act, collaboration is just such a radical proposition. In spite of decades of intractable conflict, or perhaps because of it, endangered species management has become a surprising crucible for the collaborative and creative approaches that society so desperately needs right now.