A recent statewide poll of Wyoming voters documented a strong interest in conservation and support for dedicating additional state funds to protect land, air, water, wildlife habitat, and ranchlands in the state. As part of its Wyoming Open Spaces Initiative at the University of Wyoming, the William D. Ruckelshaus Institute partnered with the Wyoming Stock Growers Association, the Wyoming Stock Growers Land Trust, and the Nature Conservancy in Wyoming to commission the poll. The groups contracted a bipartisan research team from two independent polling firms to conduct 500 telephone interviews with randomly-selected registered voters across Wyoming. 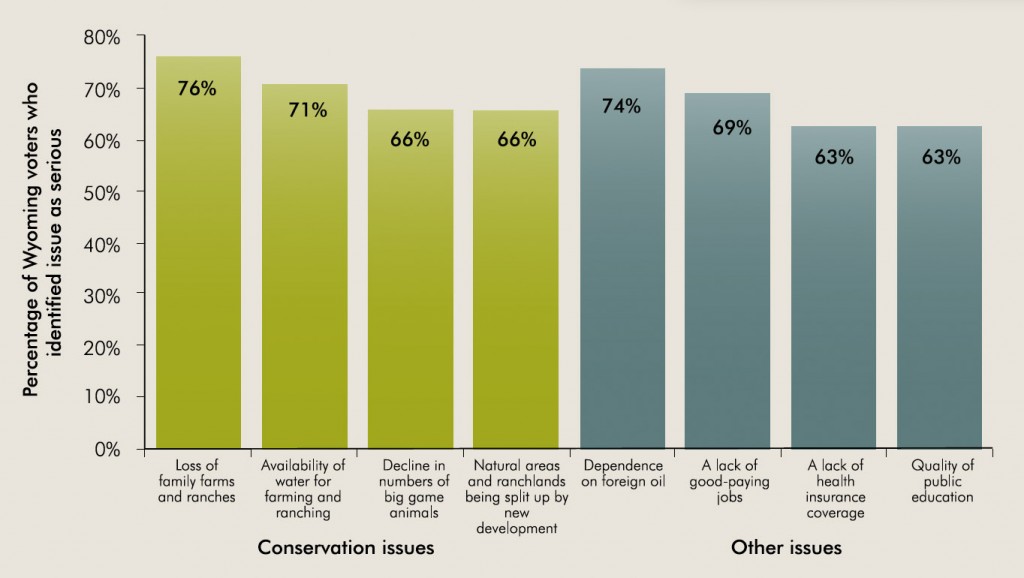 Among the questions presented, pollsters read a list of seventeen issues facing Wyoming and asked respondents to identify them as extremely serious, very serious, somewhat serious, or not a problem. The issues ranged from lack of health insurance coverage and dependence on foreign oil to loss of habitat for fish and wildlife and the impact of oil and gas drilling on land, air, and water. Respondents were also asked whether they would favor or oppose a small increase in local taxes to obtain matching funds to protect water, wildlife habitat, and ranchlands, as well as other questions about willingness to dedicate additional state funding to conservation.